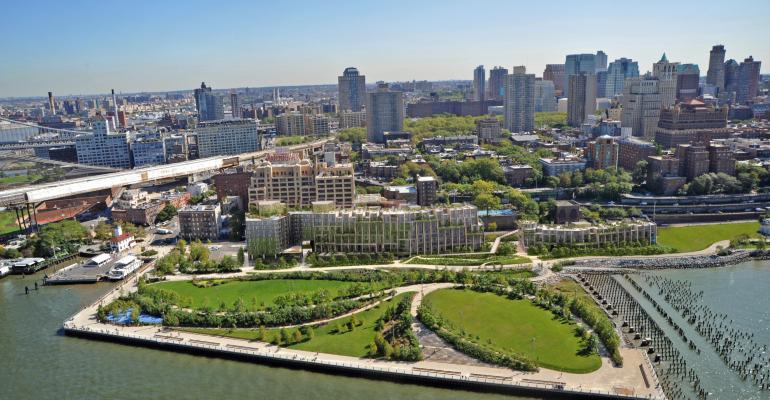 1 Hotel Brooklyn Bridge won’t officially open until February, but late last month the new property hosted business luminaries from the likes of Goldman Sachs, General Electric, and JPMorgan Chase & Co. at the Robin Hood Investors Conference, an event that raises money to fund poverty-fighting organizations in New York City. Attendees got a sneak peak at the variety of meeting spaces available at the new 194-room property, which looks out over Brooklyn Bridge Park and the East River. On the park level is the 6,025-square-foot Meadow Rue ballroom, with floor-to-ceiling windows, adjacent to the 5,000-square-foot Social Space, which works as pre-function space or can be used on its own for events. 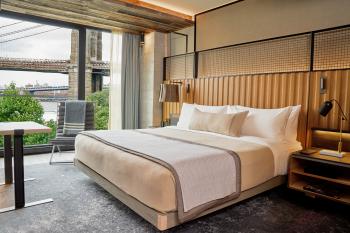 Other meeting space highlights include the 3,475-square-foot rooftop venue, with views of Brooklyn Bridge and the Manhattan skyline; a 50-seat screening room; and a 2,800-square-foot 10th floor hospitality suite and lounge. When it opens, the hotel will have a wood-burning grill restaurant, a spa with nine treatment rooms, and—surprising for a New York City property—300 parking spaces.

Columbus Gets a New Hotel in the Iconic LeVeque Tower
Dec 06, 2016

Break Down Those Cliques: 3 Ideas for First-Timer Receptions
Dec 06, 2016