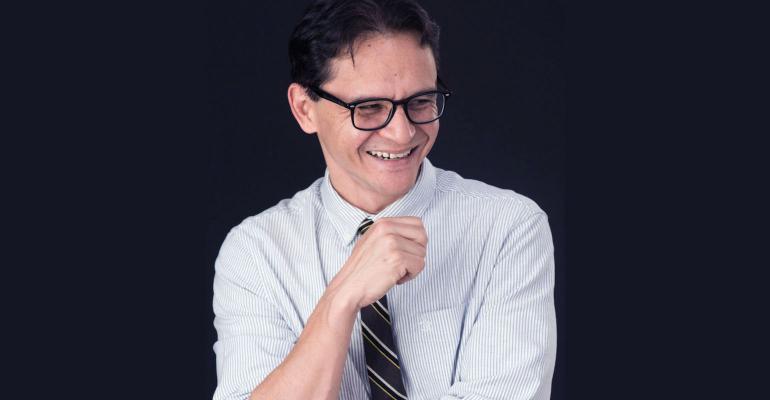 A University of Southern California teacher has conquered smartphone distractions in the classroom with active listening techniques that can work just as well for meeting groups.

When Freddy Tran Nager, founder of Atomic Tango, a marketing agency, began teaching marketing and advertising classes to both undergraduate and graduate students at the University of Southern California, he initially worried that he wasn’t connecting with everyone in the classroom. Even during group activities, he said, some students were distracted by their smartphones while others were too reserved to actively participate. The solution? He taught them the improvisational techniques he had learned when taking acting classes. “It’s the best way I could think of to get people talking without reservations,” he says.

At the beginning of a new course, Nager teaches his students the basics of improv, which include focusing on another person and enthusiastically building upon their ideas. As an example, he might have a pair of students begin talking about what they want to do on their next vacation. One might start by saying they would like to visit North Korea. “The other person can’t criticize anything his or her partner says. Instead, they must make eye contact with the person and be in total agreement,” he says. Once the partner reacts positively, he or she builds on the story, and the two go back and forth until Nager tells them to stop.

The exercise is a “way for people to practice active listening,” he says. In addition, it’s a great icebreaker that loosens people up and gets them comfortable participating for the duration of the class.

Similarly, Nager likes to play a game called “Yes, and. . .” when he wants class members to engage in creative brainstorming. The game works like this: Nager starts off by suggesting an idea for a marketing and advertising campaign and then invites students to throw out the craziest idea they can think of. Then, others must agree with the idea and advance it while Nager writes down all of the ideas on a whiteboard. One example: He recently asked members of the university’s student-run advertising agency to come up with an idea to promote a new flavor of Starbucks coffee. “One student might say, ‘We should have billboards,’ and another one might say, ‘Yes, and the billboards should have a pigeon sitting on them.’ Another might jump in and say, ‘Yes, and it should fly off the billboard.’”

At the end of the exercise, the group reviews the crazy ideas on the whiteboard—and often finds the germ of a real idea. “When you’re constantly shooting down people’s ideas, that kills the vibe and discourages people from participating,” he says. “But when you’re positive and silly, it really gets people’s creative juices flowing, and you just may come up with something.”

Nager says he believes both the improv and creative brainstorming techniques would be powerful tools in the corporate boardroom. “I think most people zone out in meetings because they don’t want to get their ideas shot down,” he says. “If people are in a positive environment where the ideas are free-flowing, they’re much more likely to be fully engaged.”

Next up: Paul Lipsky, MFA, Five Towns College, who's learned to “nuggetize” content and call attention to critical material