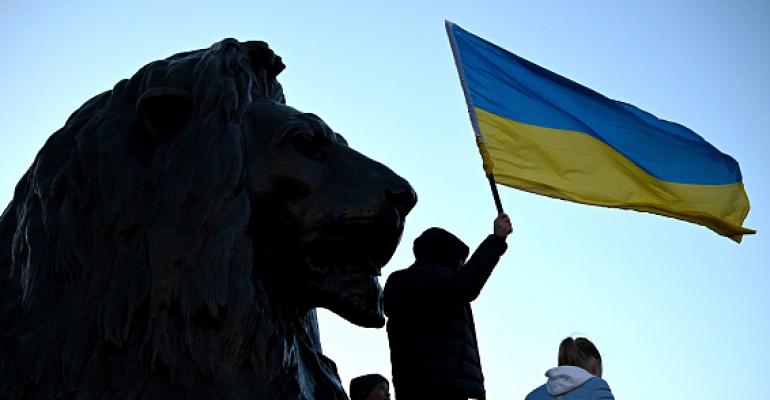 A Ukrainian flag waves over a demonstration in support of Ukraine in London's Trafalgar Square on February 27.
Global Meetings

In reaction to the invasion of Ukraine, IMEX Group will ban some firms at its late-spring trade show in Frankfurt.

IMEX Group has taken a stand on the Russian invasion into Ukraine. The company, which produces two major trade shows each year for the meeting and convention industry each year—IMEX Frankfurt in Germany and IMEX America in Las Vegas—has announced that Russian state organizations will not be allowed to participate in IMEX Frankfurt in late spring.

In a tweet published March 1 and posted on the company website, IMEX Group CEO Carina Bauer and Chairman Ray Bloom wrote: “Sadly, today we have taken the decision to suspend Russian state enterprises from participating at IMEX in Frankfurt 2022, as a direct result of the current political situation. We do this with a heavy heart, understanding that the world is in an unprecedented situation. Our hearts go out to everyone who is affected and especially the people of the Ukraine. All of us wish for a speedy and peaceful resolution to this conflict.”

The IMEX Group’s move follows a similar decision from the organizers of Mobile World Congress, which has banned all Russian companies from participating in this week’s show in Barcelona.