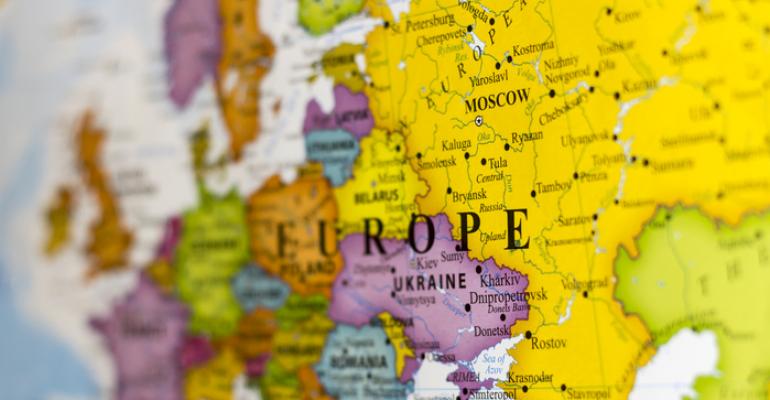 From conferences to trade shows to public events, backlash against Russia and Russian companies is widespread.

The Russian invasion of Ukraine last week has produced swift reactions across the global events industry.

One high-profile example: GSMA, organizer of the huge technology show Mobile World Congress, announced on Friday, February 25 that it had banned some Russian companies from exhibiting at the February 28-March 1 show in Barcelona, and would not create a Russian pavilion for those firms permitted to exhibit. However, on Sunday, February 27, GSMA went further, banning all Russian firms from participating in the show.

According to this article, Russian firms in other technology fields will likely be targeted for exclusion from international events as well. “We want to cut off Russia’s industry from the technologies desperately needed today to build a future,” said Ursula von der Leyen of the European Union’s Foreign Affairs Council. “Our measures will weaken Russia’s technological position in key areas, from which the country’s elite makes most of its money. This ranges from high-tech components to cutting-edge software.”

In addition, at least one major professional conference that was scheduled to happen in Russia has been canceled. The 2022 version of the International Congress of Mathematicians, held every four years, will be a virtual event rather than be held in person in St. Petersburg this July. According to this article, the announcement came after a letter signed by more than 100 mathematical societies and invited speakers from around the world was released on February 20, calling for the International Mathematical Union to postpone or cancel the event. “The ICM cannot be held in the context of a potential war that excludes many mathematicians from participating, and might divide rather than unite the mathematical community,” says the letter.

One event for which Russia continues to have a prominent exhibit is Expo 2020 Dubai, which is ending on March 31 after a six-month run. Postponed until mid-2021 due to the Covid pandemic, the “world’s fair” exhibition also features a Ukraine pavilion.

According to this article, an Expo 2020 Dubai spokesperson said this about Russia’s continued participation in the show: “Expo 2020 Dubai is a global event focused on bringing people together to celebrate human progress and address issues relevant to our common future. … Having invited all countries of the world without exception, Expo is hosting 192 countries and remains an apolitical event open to all nations.”

In the United States and Canada, one reaction that might affect food and beverage at meetings and events is the decision by the governors of several states and one Canadian province to remove all Russian brands of liquor from store shelves. Since February 25, Ohio, New Hampshire, Pennsylvania, and Utah have ordered boycotts of Russian vodkas and other spirits, as did the Ontario liquor-control board in Canada.

However, according to this article, many Russian-styled spirits are made in the U.S. or other countries. One of the most visible Russian-branded vodkas, Stolichnaya, is actually produced in Latvia, while Smirnoff is owned by Diageo in the United Kingdom. In contrast, Russian Standard, along with lesser-known vodka Green Mark, are among the alcohol brands imported from Russia and sold in the United States. The parent company for both brands, Roust International, is owned by Roustam Tariko, a Russian oligarch who also owns Russian Standard Bank.

One large facility-management firm that has pledged not to use any Russian brands in its convention centers, theaters, and other venues is Oak View Group. The company operates seven convention facilities and more than 20 sports arenas and stadiums around the country, including the new Climate Pledge Arena in Seattle and the new UBS Arena just outside New York City.

As for international incentive programs that might use cruise lines, there’s this to consider: Most major lines have canceled calls to Russian ports indefinitely, according to this article. As a result, most Baltic and Black Sea cruises will have altered itineraries throughout 2022. Two notable holdouts that, as of February 28, had yet to cancel Russian ports of call: Royal Caribbean and Celebrity Cruises.

Beyond professional meetings and events, there is also upheaval in the sporting world due to Russia’s invasion of Ukraine. For example, the World Games 2022 set for July 7 to 17 in Birmingham, Ala., has banned athletes from both Russia and Belarus from competing. According to this article, the decision is in keeping with the International Olympic Committee’s Executive Board recommendation on February 28.

Other sports organizations that have excluded Russian participants indefinitely from competition include the international-soccer governing bodies FIFA and UEFA. FIFA’s World Cup 2022 event will take place November 21 to December 18 in Qatar. In 2018, Russia hosted the FIFA World Cup. Also, the Formula 1 auto-racing organization has canceled its Russian Grand Prix that was scheduled for late September.