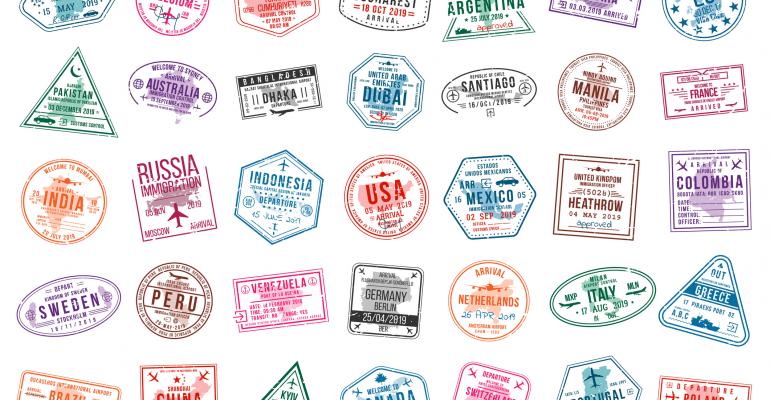 Access Denied: How to Choose a Destination for All Your Attendees

Visa issues and boycotts can present hurdles for your international conference. Here is advice on making everyone welcome.

There are a number of tips for meeting planners in this Forbes story: Better Locations for International Conferences.  The most important one is to know your attendees and find out in which destinations they are welcome. If you want to include all of your association or team members at an event, your location research needs to include visa requirements as well as airlift, hotels, and venues. The Forbes story concerns an Iranian machine-learning specialist who is unable to get a visa to present in the United States due to Executive Order 13780 which bans travelers from certain Muslim countries—despite his being a resident of Austria and a leader in his field. MeetingsNet covered the executive order in a cover story after it was first signed by President Trump in January of 2017. The ban reportedly caused a loss of $185 million in business travel bookings in the week following its signing, and is evidently still causing problems for the meetings industry.

Outside the United States, some destinations are making it easier to travel there specifically to attract more business travelers. For example, Brazil just dropped visa requirements for visitors from the U.S.  But even countries with relatively open visa rules might pose a problem for your attendees. Applying for a Chinese visa costs U.S. citizens a $140 processing fee but is so complicated many travelers opt to pay additional money to a visa service company. Money isn’t the only additional burden your attendees can face. Russians traveling to the U.S. are required to undergo an in-person interview at the American Embassy or consulate—requiring many to travel long distances in a country with eleven time zones, one U.S. embassy, and two consulates. Rotating your meeting destination to include the home countries of all your chapter members might be a considerate approach.

Mimi Almeida, an incentive planner and MeetingsNet contributor, advises having empathy for your attendees and building a timeline long enough to accommodate hiccups in the travel document process.

There are also destinations where your conference goers could easily travel to, but some may not be comfortable with the social or political climate there. There are ongoing boycotts of Israel and Saudi Arabia, and Brunei and its properties around the world have recently provoked the ire of human rights and LGBTQ supporters for reintroducing the death penalty for homosexuality. In the U.S., abortion-related legislation has recently spurred calls to boycott states such as Georgia and Alabama.

In the MeetingsNet cover story from 2017, the director of meetings for the International Association for Dental Research, Leslie Zeck, CMP, reminded us why it is important that international meetings include everyone. She called the travel ban “heartbreaking,” and said, “The purpose of the conference is oral health research, and I keep thinking, ‘What if this was a lost chance for a breakthrough on oral cancer?’”