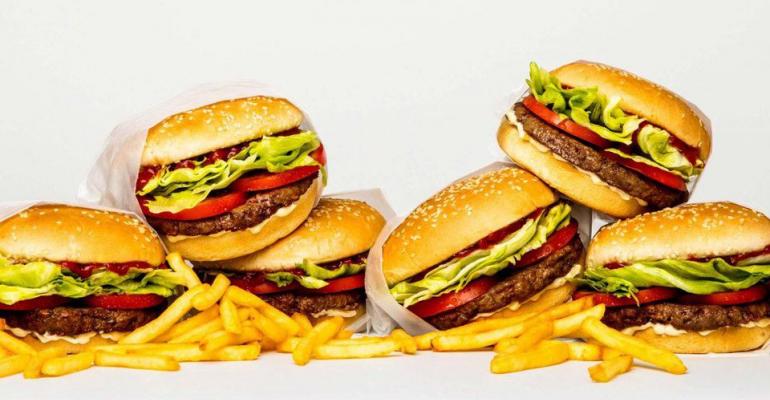 The annual CES tech expo with 182,000 attendees and more than 4,400 exhibitors, has just wrapped in Las Vegas. Alongside some of the stranger contributions to humanity on display, including Internet-connected diapers and a $7,000 smart toilet, were a few new products that will definitely make meeting planner’s lives easier.

Good-for-the-Planet Burger
The first product won multiple awards at the show, including Top Tech of CES 2019 from Digital Trends and Most Unexpected Product from Endgadget, and it is guaranteed to expand menu options for attendees with food allergies and restrictions. Originally launched in 2016, the Impossible Burger is a vegan burger option that looks and tastes like real meat, making it a good choice both for the planet and for vegetarian conference attendees. This year, Impossible Foods unveiled Impossible Burger 2.0, which is made with soy instead of wheat, making it not just vegan-friendly but also gluten-free. Around 5 percent of Americans are vegetarian and about 3.1 million are following gluten-free diets. On top of those figures, many people in the U.S. are participating in Meatless Mondays and avoiding products with hormones or that damage the environment. Even better: Reviews say the Impossible Burger 2.0 tastes great, so you can satisfy the dietary needs of a few of your attendees without sacrificing the culinary experience of the rest of them.

Do You Speak…?
Some hotels in Las Vegas are now set to become more welcoming to international visitors by using the newly-released Interpreter Mode for Google Assistant. Interpreter Mode can translate up to 27 languages in real time for a spoken conversation between a guest and the hotel’s concierge. Google Assistant also displays the conversation on a screen for additional clarity. Concierges at Caesars Palace Las Vegas, the Hyatt Regency San Francisco Airport, and Dream Downtime in New York City are currently using Google Home Hubs with Interpreter Mode. Available languages include Chinese (Mandarin), Arabic, Hindi, Russian, and Japanese.

The Show Must Go On...Your Tablet
A new presentation option was released at CES 2019 by Fasetto Inc. Forum + Forum LIVE is a software solution for when you decide to hold a meeting in a non-traditional venue, such as outside, or for when your venue’s presentation hardware fails. Using the software, your audience can view PowerPoints, spreadsheets, and videos on any Wi-Fi–connected personal device without having to install an app. Presentations can be live streamed to any laptop, large-screen TV, tablet, or smartphone; the only requirement is a browser and a Wi-Fi connection. The software also allows meeting presenters to conduct polls, answer audience questions, and exchange information in various formats.

Lastly, one innovation unveiled at CES that won’t help planners at work but might make life easier at home: the FoldiMate robot will fold your laundry and it’s an absolute steal at $980. Get your name on the waiting list here and dream of a folding-free future.