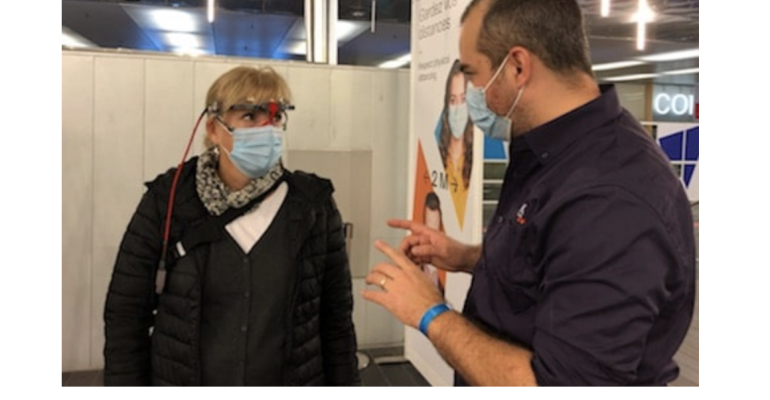 The person at left is wearing a headset that measures brainwaves related to enthusiasm for participating and engaging with others at that moment.
Meeting Planning Toolbox>Event Design & Ideas

At the Montreal Convention Center, field tests of biometric equipment are capturing levels of participants’ engagement and excitement by monitoring their brain and heart activity as they move around a show.

As meetings and trade shows make their in-person comeback, one big issue is around engagement. Specifically, the things that caught attendees’ attention and excited them two or three years ago simply might not be the same now.

But what if planners were able to use a segment of attendees as real-time messengers who reveal how well a general session, show booth, or sponsor’s activation is reaching its objectives for engagement and excitement? That would allow meeting organizers, exhibitors, and sponsors to make adjustments while an event is still going on.

That’s one of the goals of RE-AK Technologies, a firm presently participating in the Event Lab at Montreal Convention Centre, which fosters new approaches to event design. The first pilot of the firm’s biometric approach to evaluating attendee interest took place recently during two consumer shows at the convention center. 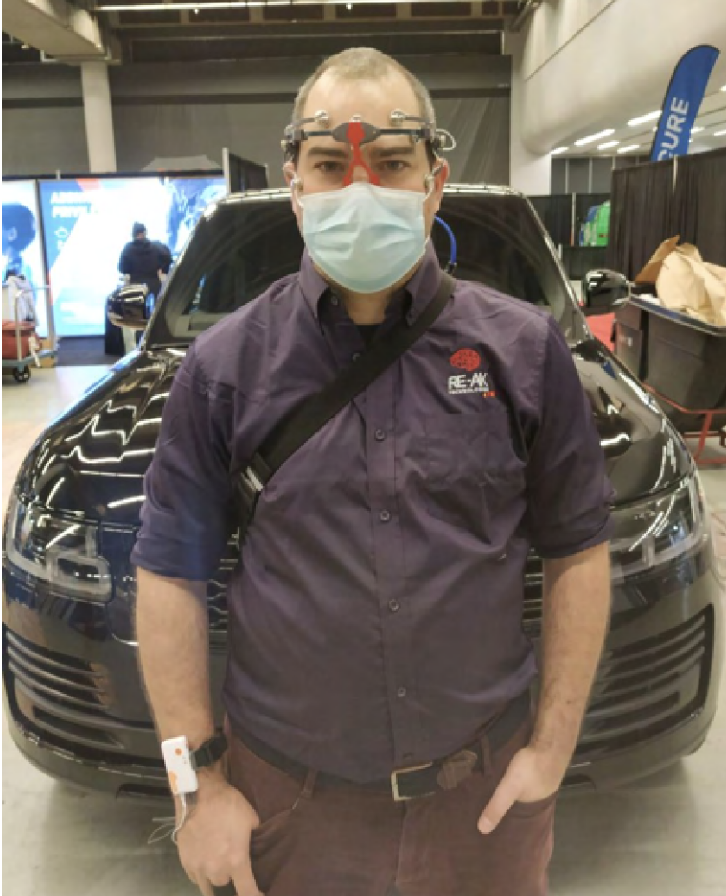 From its initial efforts in the film and video-game industries, RE-AK has developed a headset and wrist monitor (see photo) to measure event participants’ brain waves, heart rate, and changes to facial expressions and skin temperature. This data, combined with a geolocation system that works across 100,000 square feet of event space, gives stakeholders an understanding of attendee interest in different areas of the event from both an emotional and a cognitive perspective.

In the two pilot programs conducted in late spring at Montreal Convention Centre, the system produced some general conclusions that the company calls “hypotheses to be evaluated as we refine our techniques” because “the technology is still under development.” Nonetheless, one interesting preliminary conclusion is that “motivation is a brainwave-based cognitive measure that indicates people’s willingness to participate in an activity. The measurements were highest at the reception area of each event,” where attendees checked in to receive their badges and event materials and encountered their first sponsor activations before entering the hall. Such data can provide a baseline for event managers to work from to determine the range of enthusiasm possible for a given event.

Another observation: Cognitive engagement was strongly stimulated by general-session stages featuring a mix of musical performers and guest speakers. “Engagement is an element stimulated by learning, spectacle, and active observation,” says the report. “The diversity of the experiential landscape” is critical and, based on other research by RE-AK in the film and video-game fields, could also involve digital-entertainment experiences mixed in with the speakers and performers.

Lastly, “several [show booths] managed to stand out in terms of producing attendee happiness, which is an emotion frequently associated with positive social interaction.” The lesson: The people working in the booth are more important than any technological or design elements once an attendee slows down in front of a booth.

In addition, “the results suggest that the tool allows us to identify negative factors, such as frustration points and mental fatigue that develops along the attendee journey,” the report notes.

More details on this program, plus others that are happening through the Montreal Convention Centre’s Event Lab, can be found here.

Related Articles on Attendee-Feedback Technology:
A New Wearable Sensor Could Be the Meeting Engagement Measurement Tool That Works
Reading the Room