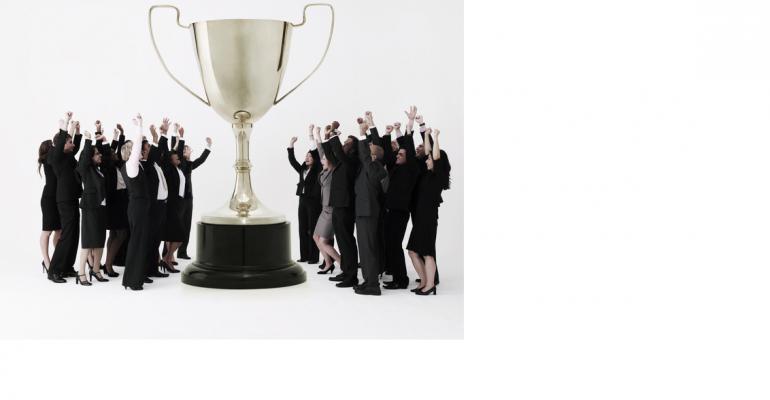 A Record-Breaking Teambuilding Activity: Yours

When The Guardian Life Insurance Company decided on a teambuilding project as part of its internal Career Development Month in August, the firm went big. Its human-resources team enlisted Guinness World Records to help it make a mark, but without any employees coming together in person. Instead, the firm succeeded in creating the world’s largest online video chain of people doing the arm wave; the task required 359 separate videos that lasted for 17 and a half minutes in total. It also required strong employee buy-in and advance coordination.

Based off of Guinness' in-person event formats, participants work together via video either in small teams or as an entire group to practice for a selected record-breaking challenge. According to Stephanie Lunn, global people and culture director for Guinness World Records, an organization’s human-resources personnel or other executives can collaborate with Guinness reps to find an activity that meets the goals of the group.

The new program can be operated on most videoconference platforms, and each activity can last anywhere from 1-2 hours to multiple occasions across a few weeks. In between practice sessions and the official record attempts, participants are treated to a highlight show hosted by a GWR emcee who talks about other recent record attempts and who reveals team rankings after each practice round. The program culminates in a grand finale with the top-scoring teams vying for record-breaker status, making an official record attempt as a GWR adjudicator observes. After each round, scores and times are logged into an online leaderboard that all participants can see.

And like the activity used by The Guardian, options also include the entire group working as a single unit to break a record. Lastly, a video recording of the record attempt remains available for replay by the firm, its participants, its clients, and others who are granted online access.