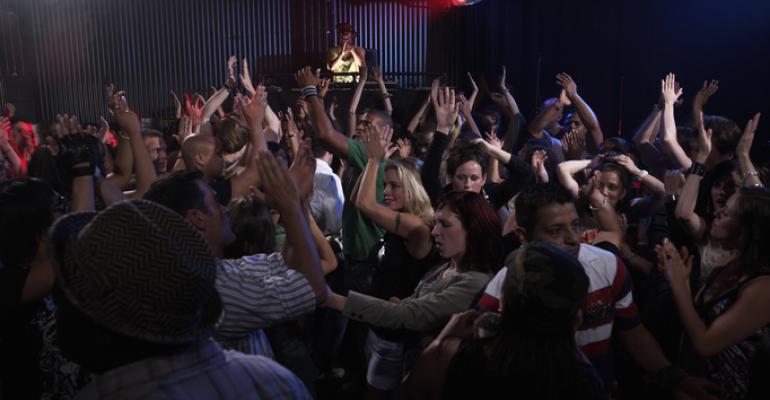 The U.K. is using a two-night dance party as an experiment to test whether the spread of Covid can be contained in a moderately vaccinated population that no longer takes safety precautions.
Meeting Planning Toolbox>Event Design & Ideas

No Mask, No Distancing, No Worries?

Testing the waters for the return of large indoor events, the British government conducted an unusual experiment that will inform the timetable for reopening venues.

In late April, nearly 6,000 people took part in a “rave dance party” at a large nightclub in Liverpool, England, with no social distancing and no masking at all. But the situation wasn’t as reckless as you might think.

The two-night event was part of a Covid-19 research program conducted by the British government to measure several things: the effectiveness of vaccines; the rate of indoor Covid transmission when few people presently have the virus; and the willingness of people to be tested for Covid before and after attending a large indoor event in return for not having to remain socially distant or wear masks.

According to a report in Bloomberg, U.K. officials are also looking at similar trial events happening in Spain and the Netherlands. If the results are promising—and one British government scientist says they are, so far—the U.K. could open sports, entertainment, and other large venues to its citizens as early as June 21. However, the national government has noted that it will likely require some form of documentation for people to enter a large event: a recent negative Covid test or proof of vaccination.