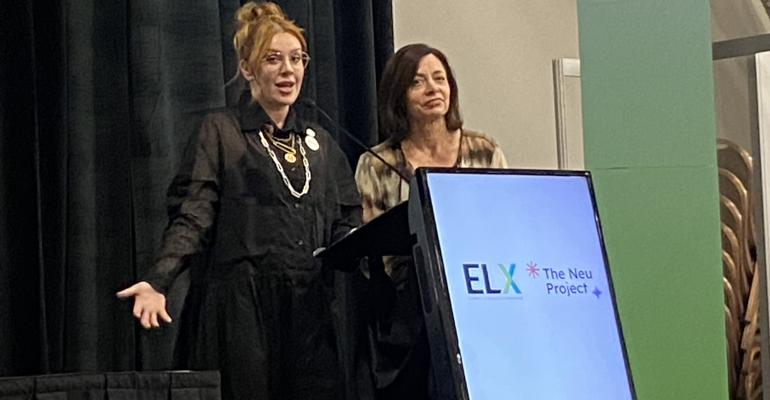 Google’s Neu Project offers a neurodiversity inclusion checklist that helps planners make events more welcoming to a broader range of people, and ELX is taking aim at DEI in the supply chain.

The Neu Project officially launched in October with an impressive array of information and guidance for making meetings and events more inclusive for all neuro types.

The Neu Project originated at Google, with an effort led by Megan Henshall, strategic solutions lead for event solutions. During a press conference at IMEX America to introduce the work, Henshall said that as much as 20 percent of the populatio

The goals of the Neu Project are to introduce event professionals to the concept of neurodiversity and provide information on designing event spaces that help a greater range of individuals attend events successfully, feeling comfortable and understood.

The Neu Project website offers several resources, including “An Event Professional’s Guide to Neuroinclusion” and, within that, the “The Neuroinclusive Event Checklist.” For meeting professionals prioritizing diversity, equity, inclusion, and belonging (DEIB), the comprehensive checklist provides practical ideas for better connecting with neurodiverse individuals before, during, and after an event.

The Neu Project was announced at IMEX in conjunction with the Event Leaders Exchange (ELX), a group that Henshall is a member of and which was had a DEIB initiative to announce. ELX is a private peer-to-peer network launched in 2021 for high-level planners at large-scale companies.

Kate Scully, member of the ELX Steering Committee and global business travel manager at Howden Group Holdings, announce that ELX participants are working on a new supplier framework around DEIB.

Planners, she said, often don’t know where to start when looking at the DEIB practices of their supply chain. ELX hopes to help that by creating a set of DEIB questions that organizations will begin asking their suppliers consistently. “Hopefully, if we all ask the same questions, it will be easier for those suppliers to focus their efforts and actually effect change faster,” Scully said. ELX will be releasing the questions this fall.