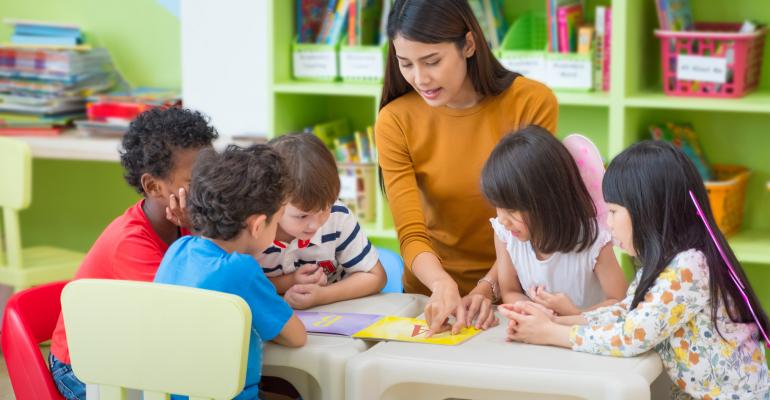 It Takes a Village: Conference Childcare Tips on Twitter

From fridges to anesthetists, one Twitter thread reveals what parents want when attending a meeting.

Earlier this month I noticed a Twitter thread started by an Australian professor organizing a scientific conference and crowdsourcing ideas from conference attendees in the scientific community. His tweet, “What’s the most effective idea you’ve heard of or accessed at scientific conferences to support parents with kids attending?” resulted in a lengthy thread with some great suggestions.

I was struck by how the contributors to the thread had a wealth of experience from the different conferences they had attended and were able to offer up examples of what worked for them and what didn’t, and what their ideal solutions would be. For meeting planners, this type of crowdsourcing can reveal information that would not typically be found in event surveys.

The responses in this thread were in reply to Dr. Darren Saunders, a cancer biologist and professor of medicine in Sydney.

Some of the best ideas included offering scholarships to help pay for child care for a parent attending or presenting at a conference, including a couple of links to an Australian organization, Franklin Women, that offers them and the Entomological Society of America which also has grants for parents, but you have to apply early. Another tweet suggested that although scholarships are expensive, they can be a meaningful sponsorship opportunity for companies who are eager to promote equality.

International Astronomical Congress 2018 in Bremen was lauded for having free on-site childcare, as was the Australian Society for Parasitology for providing a live stream of plenary sessions into the family room so that parents could follow the sessions. While this was seen as a good start, some Twitter users pointed out the drawbacks: a live stream is isolating for attendees because they can’t easily ask questions, a family room is only useful for children within a particular age range, and, depending on where it is, it is hard for attendees to get to between sessions.

While there are high-tech solutions for breastfeeding mothers, including Mamava privacy pods, several people on the thread suggested that any private space for nursing will do—but a preferred amenity is a secure refrigerator for storing breast milk.

One popular suggestion was free conference registration for a babysitter to help with an attendees’ children on site. Mary Lloyd tweeted that bringing her mother to an event to help with childcare enabled her to go. Bringing childcare help is particularly appealing because it means that children can be brought to the attendee, rather than the attendee running to the child between sessions, especially in large convention centers.

Another contributor, Dr. B. Freeman, tweeted, “It’s maybe too simple, but having explicit 'permission' to bring my then 4-year-old son along and have him pop on some headphones and watch his iPad while I presented/listened made me feel at ease and able to attend an event I would otherwise have to miss.” For children too young to sit quietly, Paul Woods tweeted, “I once saw a plenary room with a soundproofed half-glass room at the back, so parents could be in the main room, hear the talk live (via speakers) but of course any noise from inside the room was eliminated.”

This being Twitter, there were, of course, some less-than-serious tweets. One of them suggested, “Perhaps be proactive and supply contraceptives? Alternately, a childminding area with optional anesthetist for kids.”

The number of contributions to the thread makes it clear that this is a hot topic for attendees at academic conferences, but it appears that many other organizations are working on addressing it. This is a good thing, as Australian parents apparently do not put up with insufficient support: One intriguing tweet says an onstage diaper change protest took place in 1996 to highlight the conference’s inadequate child care facilities, something I’m sure most meeting planners would prefer to avoid.

The Latest Dilemma: How Effective Can Masked Meetings Be?
Apr 02, 2021