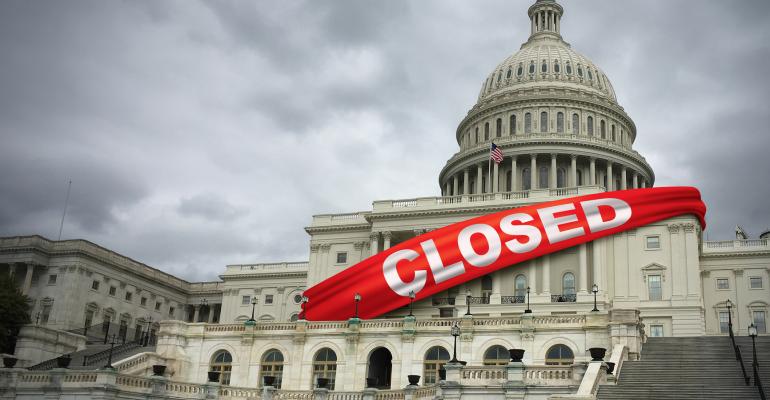 How one society responded to the last-minute loss of 15 percent of its attendees—including some speakers and VIPs.

The shutdown of many parts of the federal government has prompted news headlines that range from frightening (Transportation Security Administration agents and air traffic controllers working without pay) to gross (garbage piling up in national parks).

However, one unexpected outcome of the shutdown is bad news for meeting professionals who plan events with a large contingent of government workers. Furloughed workers, whether they have paid their own expenses to attend a conference or not, are frequently legally prohibited from carrying out their duties, which can include everything from attending an event in their field to checking their work email.

The American Astronomical Society is holding its 233rd meeting from January 6-10 in Seattle, WA, and expects to lose between 300 and 450 furloughed government workers from a total of around 3,200 attendees. Two of those missing registrants are with the Smithsonian Institute: AAS Past President Christine Jones and invited speaker David DeVorkin.

In a Facebook post to AAS members, Executive Director Dr. Kevin B. Marvel said that the shutdown will be “highly detrimental to the meeting, but it is not going to have a devastating impact.”

The first thing that AAS planners addressed was the accommodation-cancellation policy for attendees, asking hotel partners to allow cancellations up to 24 hours before the event instead of 72 hours. The AAS then took steps to mitigate the impact both on attendees and those scientists and educators who will no longer be able to attend. And in order to combat problems with access to government emails, AAS posted that information on the conference website, on Facebook, on Twitter using the #aas233 hashtag, and also asked members to spread the word to colleagues using personal emails or text messages.

As the federal shutdown enters its 14th day, here are the four steps the AAS is taking:

AAS is also making it clear that they cannot offer refunds to registrants who cannot make it. Tyra W. Hilliard, Esq, Ph.D., CMP, a meetings industry lawyer, says, “I think sometimes people forget that meetings are part of an association's business and that non-profit doesn't mean that the association doesn't need to make a profit. Conferences are often important revenue sources for associations and non-profits. Unless the government shutdown makes it a force majeure—illegal, impossible, or impracticable—for AAS to hold its conference, which doesn't appear to be the case, then event cancellation insurance (if the group even has a policy) would be unlikely to pay. Any refunds would have to be paid out of AAS's conference revenue.”

AAS did list the final cancellation deadline of December 12, 2018, on its registration page but also chose to explain its reasons, saying, “Because the Society arranges all the meeting logistics based on the number of registrants at the time of the registration cutoff dates and commits to pay for those services, we are unable to grant any refunds.”