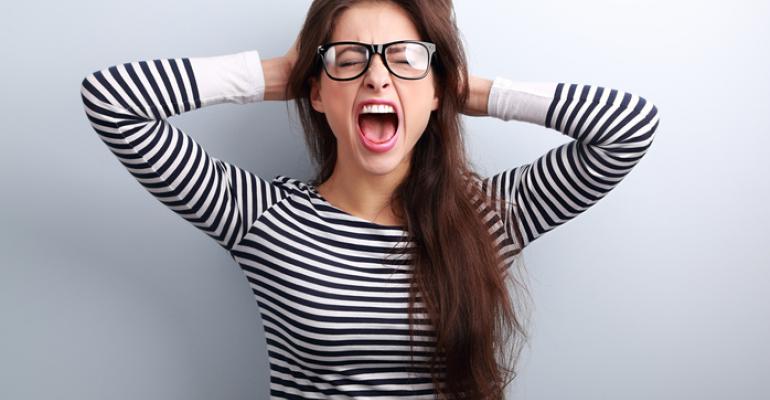 Are You Inadvertently Burning Out Your Attendees?

Results of a recent study on employee stress has some interesting implications for meetings.

Why was I not surprised to see the first example of an employee who is highly engaged, but also burned out, in this Harvard Business Review article was a conference planner? Like so many of her planner peers, she threw everything she had into planning her event. Sadly, she ended up not leaving enough of herself for herself—she crashed before the conference happened and had to take time off to recover.

While employee engagement is a good thing, the most engaged employees often are the ones who also have the highest levels of stress. The article cites a Yale Center for Emotional Intelligence study that found that 40 percent of the 1,000-plus employees they surveyed were able to stay hyper engaged without feeling overly stressed, with high levels of positive outcomes such as feeling good and learning new skills, and low levels of negatives like looking for a new job.

But for one out of five of those surveyed, high burnout—along with lots of stress and frustration—comes with high engagement levels.

Let’s translate this to meetings. Meeting organizers are working hard to find ways to promote more learning, more measurable outcomes—and more engaged participants. And that’s good. But it’s also going to be stressful for at least a fifth of those more-engaged participants. (I say “at least” because in addition to the actual meeting, attendees have the added stress of travel, staying in a hotel, eating differently than they usually do, maintaining exercise routines, etc.)

In fact, meetings create an environment that’s ripe for burnout, judging by the study cited in the HBR article. “Optimally engaged” employees in the study reported having high levels of resources, such as rewards, recognition, support, along with a low-demand environment. But while the engaged-but-exhausted respondents also reported experiencing high resource levels, they also said their jobs entailed a high level of demand.

Meetings do tend to be high-resource environments, which is good. But they also tend to be demand-rich, probably even more so than what most people experience in their everyday lives: attendees using coffee breaks to put out fires back at the office, and facing big demands on their concentration and attention over long periods of time.

Yes, some will thrive in that environment and find it an exhilarating break from routine. Others, like the poor conference planner, may throw so much of themselves into the event that they end up burning out.

So be kind and include lots of “white space” where people can take some time to absorb, relax, zone out, and center themselves. Bring in some plants and other natural elements, including access to sunlight. Give people little nooks and crannies to congregate in in small groups. Don’t overcrowd your meeting spaces, and don’t overcrowd your participants’ brains with info overloads. Give them healthy food options, lots of hydration options, and, most importantly, permission to take a break from the whirlwind before it gets overwhelming (there are more tips on how to create a less stressful, more productive meeting environment here).

What do you do to make your meetings less stressful and more conducive to learning and developing relationships?