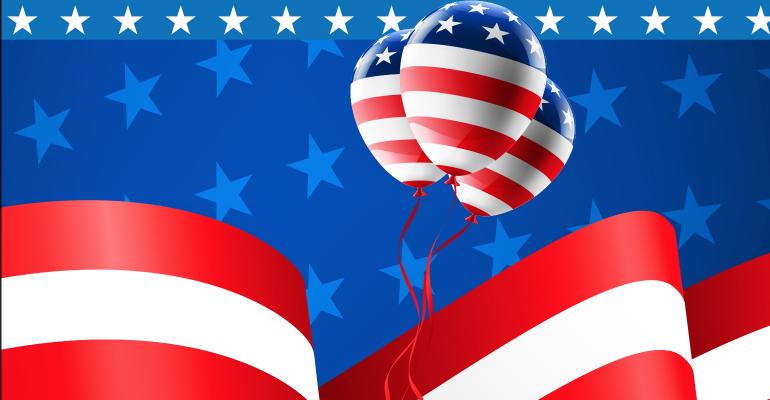 Anatomy of a Virtual Fundraiser

Five tips to get it right

In an election year, candidates at all levels count on a steady stream of fundraisers, ranging from lavish dinners to intimate destination events (for example, taking a hunting trip with a congressional hopeful), to buoy their campaigns. When stay-at-home orders due to COVID-19 brought in-person political fundraisers to a screeching halt this spring, “We were stunned, to say the least,” says Will Milligan, president and founder of Will Milligan Events, a Washington, D.C.-based firm that specializes in political events. Milligan and his team had to quickly pivot to virtual fundraisers, but asking people for money over a traditional Zoom call won’t cut it, he says. “People are used to being able to pull somebody aside, shake hands, and establish a connection,” he says. Since they can’t do that in a virtual setting, “You’ve got to come up with other bells and whistles” that will convince them to open their wallets.

So, what does a successful virtual fundraiser look like? Here are five strategies Milligan and other political event professionals are using during this very unusual campaign season.

While an in-person fundraiser might go on for hours, most potential donors won’t devote more than an hour to an online event. Milligan says that virtual fundraisers are focused: The host welcomes guests and gives an overview of the discussion topic, introduces the VIP speaker and guests, and moderates a 15- to 20-minute discussion followed by a Q&A. The host then gives a closing pitch to remind guests to send their contributions.

Tip 2: Amp up the production value.

Part of the beauty of an in-person fundraiser is the experience you’re creating for attendees, says Joe Faulder, director of creative strategy for Projection Inc., an in-house audiovisual provider to some of the largest venues in the country. “Even if someone is watching from a computer, you still have to use visuals and music to make it feel like a production,” he says. When Faulder works with a client on a virtual political event, he uses “The Daily Social Distancing Show with Trevor Noah” as his inspiration, incorporating split-screen interviews, transition graphics, music, and a professional MC to keep guests engaged.

For some clients, he’s recommended creating a small news-style studio for the host, with others participating virtually. “If the host is in a setting where you can control the sound and lighting, that’s going to make for a better experience, he says.

“Meeting planners have so much less control over the environment in a virtual setting,” Faulder says. To avoid unexpected surprises, like a host who broadcasts from their living room with a barking dog in the background, Faulder recommends recording “as much in advance as humanly possible. That way, you’ll be able to edit for quality and ensure that there are no glitches.” Faulder is working on a virtual event that will feature contingents of military personnel from 52 different locations, who will each have a moment to deliver a roll call. His team is recording that portion of the program in advance. “Right off the bat, we’ll know that those 50 pieces are going to go smoothly,” he says.

When the event is livestreamed, he says, an MC can introduce the pre-recorded clips as if they’re live. “No one will know the difference, and everything will be more polished.”

“Give all of the guests the opportunity to participate,” Milligan says, by asking questions, answering polls, or interacting in online breakout sessions. One key tactic: Invite guests to submit questions for a candidate in advance, and then have him or her acknowledge the person who asks the question by name when responding. “That goes a long way to making the event feel more personal.”

There are some unexpected benefits to hosting a virtual fundraiser during a pandemic. One is the possibility of booking A-list talent who might normally be too busy to make an appearance. Milligan has seen recent successful virtual fundraisers incorporate acoustic performances with famous musicians and testimonials from well-known celebs. “If you can deliver that kind of intimate experience, you’re going to have success,” he says.