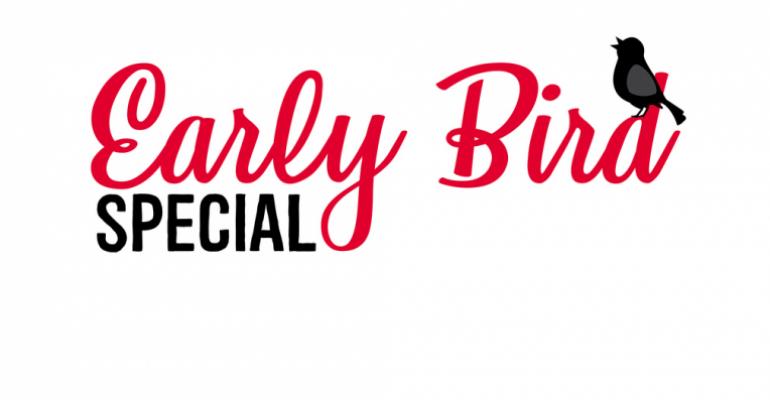 The American Society of Association Executives caused a stir in August by announcing that attendees who registered by the end of October for next April’s Experience Design Project (XDP) would pay nothing in advance. Not only that, attendees could decide what they wanted to pay after the event.

For ASAE, this bold departure from the standard early-bird registration model serves several purposes. It is meant to drive attendance at XDP, which is still relatively new and still finding its audience. It also dovetails with the theme of the event. “XDP creates an opportunity for us to explore, create, and innovate around it,” says Robb Lee, ASAE’s chief marketing and communications officer. “Pay what you want is intriguing; there have been industries where it’s had some success . . . but it has not been explored in the association or event space.”

Clearly ASAE is going out on a limb. “Asking someone to commit now for an event in April 2019, especially when they are not obligated to pay anything, means there is not a strong commitment,” observes Dave Lutz, managing director of Velvet Chainsaw Consulting. “You might see a high no-show rate because it’s free.”

It’s also a budgetary gamble, Lee admits. “There is some financial volatility because we don’t know what the registration revenue will be until after the event,” he says. “But we’re confident in the product.”

Pay-what-you-wish pricing is not the right solution for every event or association. Here’s a look at some other effective early bird registration strategies.

Create a premium category for early birds. Offering VIP access will get some attendees to pull the trigger early, says Carol McGury, executive vice president for events and education services for SmithBucklin. The definition of “VIP” varies, but perks like reserved seating at sought-after sessions, a concierge desk, a meeting room (for groups who sign up early), early entrance to an exhibit hall, and access to exclusive lounges with coffee and water are low- or no-cost amenities.

Piggyback on another meeting. Enticing a captive audience—webinar attendees, for example—with an exclusive offer on a future event is a tactic that can pay off. The audience is already primed, assuming the topic is related, and putting a short deadline on a discount gives it a sense of urgency that will drive conversion.

Drop a hint about limited hotel rooms. Many attendees prefer to stay in the host hotel, especially if there is an attractive conference rate. Letting them know that the room block is nearly full could ignite a FOMO reaction that will translate into advance registration traffic, Lutz says.

Cap the number of discount registrations available. Announcing that only the first 100 attendees who sign up will receive a special price, essentially creating scarcity, can drive demand. Once they’re gone, they’re gone.

Use carrots other than price. “The incentive doesn’t need to be price oriented,” Lutz says. It could be special access to something at the event, or entry into a drawing. “You need to make people think there is something of value in signing up early.” Julie Elfand, senior director of meetings and expositions for Bostrom, says drawings for something even as mundane as a Starbucks gift card can be incentive enough for some people to sign up early. “It depends on who’s attending and who’s paying for the conference,” she says. “When individuals pay, they tend to be more price sensitive.”

Take the risk out of early registration. One way to do this is to consider waiving or reducing cancellation penalties. It’s difficult to lock one’s schedule into an event that’s half a year or more away. Giving attendees the option to opt out and receive a refund can alleviate some of the anxiety as can money-back guarantees, which many associations offer but don’t publicize—including ASAE, although Lee says it’s exercised only rarely.

Ultimately, Elfand says, “you have to know your group. The cutoff date is extremely crucial for some groups, and we’ll see a huge pickup before early-bird deadlines. People in other groups just can’t make decisions that early.”