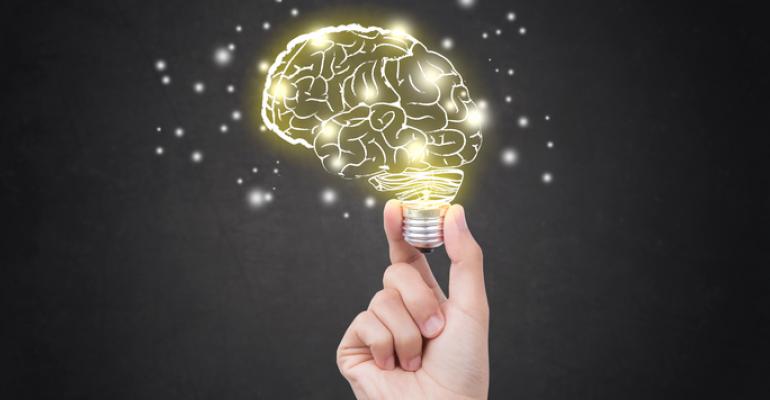 Why your attendees’ brains need extreme engagement to learn, and how you can make that happen at your meetings.

Are you a visual learner? Auditory? Kinesthetic? Kristi Casey Sanders, CMP, CMM, DES, HMCC, director of the MPI Academy at Meeting Professionals International, led with what turned out to be a trick question at a session on the show floor at IMEX America 2017. You can’t be any of those learning styles we all have relied on in the past, she said, because there’s no scientific backing that these things even exist.

What neuroscience does show, however, is that adults need to be engaged in order to learn, retain what they learn, and actually use it after an event, she said. Here are five ways to create what she called “extreme engagement” that will make learning stick.

1. Dribble out the education over time. Forget about one-and-done education. The typical conference is designed to cram as much information in as possible, like a student staying up all night to cram for the next day’s exam. “If you cram, you’ll forget as quickly as you learned, which is fine for test-taking, but not for real learning,” she said. “Two weeks after the event, you will have forgotten everything.”

Instead of having your event be one big data dump, space the learning out. Chunk it up into a series of webinars, blogs, videos, social media posts, podcasts, pre- and post-event tests—bolster what you want them to learn on site with multiple other learning options before and after the actual event.

2. Jog their memory repeatedly. Sanders gave the example of having taken French classes in high school. She was horrified at how little she had retained on a post-high-school trip to France. But over time, the need to speak French came up often enough that it activated her high-school learning: Many years later, she suddenly realized she was fluent.

Give them lots of reminders by repurposing the conference content in articles, blog posts, podcasts, and whatever other formats you can come up with. If you keep the information at the top of their minds, they are much more likely to become fluent in it.

3. Give them the opportunity to practice what they’re learning. In a conference setting, this could mean introducing the topic in the morning, talking about it in the afternoon, and then letting people practice applying it the next morning, Sanders said.

4. Create an effective learning environment. She offered a plethora of examples on how to make meetings more physically engaging, from holding a “learning autopsy”—where the group explores a situation that went wrong to determine what and why and how it went south—to labs, workshops, table exercises, dotmocracies, and spectrograms. You could pair people off to go for a walk to work on a problem—and even make it a sponsored activity by pairing sponsors with participants for these walking meetings, she said.

Also, try to align the content with your participants’ context. “The best way to teach someone to drive a car is to put them in a car,” she said. And yet most meeting and event environments bear little, if any, resemblance to the environment where participants later will be trying to apply what they learned. “How can you create an environment that resembles where they will apply the learning?”

To make the learning environment more mentally engaging, have them work together to set the agenda, and use formats such as knowledge cafes, where they can interact directly with experts at their tables, she suggested. Include peer-to-peer roundtables and other group-work formats so they can learn from each other.

5. Connect the content to what it means for them. “For something to be remembered, it has to have meaning by making their life better or easier, or by advancing their career,” Sanders said. “People only remember what they care about.” Why should they care about the topic? What’s in it for them?