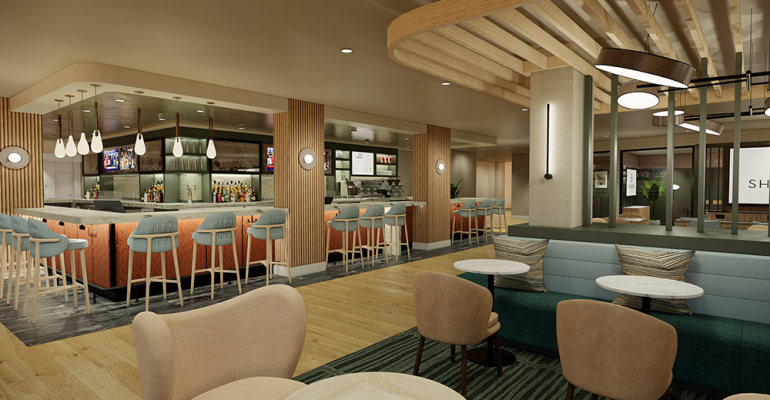 With the city’s convention center planning a significant expansion, the nearby Sheraton is in the midst of a big upgrade of its own.

Just a five-minute walk from the soon-to-be expanded Fort Worth Convention Center, the Sheraton Fort Worth Downtown has launched a major year-long renovation.

When the renovation is completed in fall of 2023, the property will have 12 new suites, which will bring the total number of suites to 37. These include the top-floor Trinity Suite, one of three measuring more than 1,000 square feet.

The refresh will include improvements to the Sheraton’s almost 30,000 square feet of conference space. New carpeting, lighting, furniture, and audiovisual technology are in the plans. Additionally, several new work-space studios are being added that can be used for small meetings. The hotel’s largest meeting space is the 8,652-square-foot Magnolia Ballroom, divisible into eight smaller rooms.

Construction is taking place in phases, allowing the twin-tower hotel and its conference space to remain open throughout the project.

As the Sheraton ups its game for the meeting market, its convention-center-area neighbor, the 614-room Omni Fort Worth Hotel, is also on the move, with plans to build a 400-room tower.