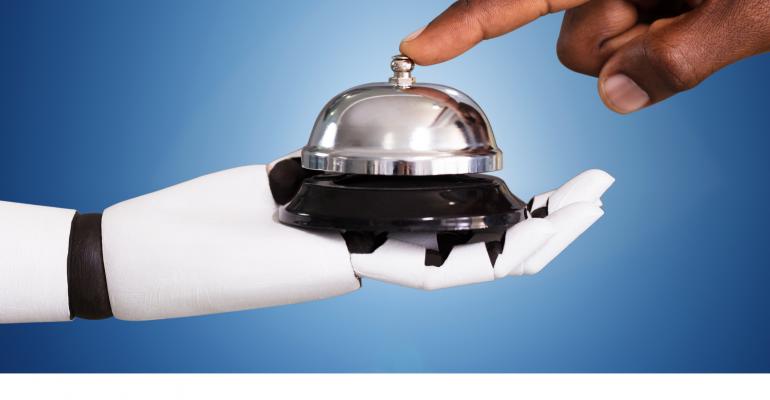 The Robot Hotel: The Future or a Failure?

A new hotel with high-tech workers opens just as another hotel fires half its robot staff.

Two news stories this week gave a conflicting vision of the use of AI robots as hotel staff. A Reuters’ story on Alibaba Future Hotel Management’s FlyZoo hotel in Hangzhou, China, describes sleek little robots delivering towels and cocktails, which, according to the story, Alibaba claims cuts labor costs and eliminates the need for guests to interact with people.

While robots may reduce labor costs, a hotel’s budget seems likely to take a hit from technology investment and maintenance costs seems likely to be replaced in another part with technology investment and maintenance costs. The other achievement, of eliminating guest interactions with people, seems a slightly strange goal for a hospitality company to work toward. In a survey by the Center for Hospitality Research at Cornell University's School of Hotel Administration, none of the respondents mentioned isolation from other humans as a preferred feature.

FlyZoo uses biometric technology so that guest room doors only open for the face that is linked to the room, which could improve safety. However, will a robot delivering towels or food notice if a guest is in distress? Can robots be trained to spot human trafficking?

FlyZoo is not the first “robot hotel.” In Japan, the Henn na Hotel opened in 2015 with a staff of 243 robots. But after in-room concierge robots woke snoring guests to ask them to repeat the question, and the front-desk dinosaur robots were unable to copy passports from guests checking in, the hotel has fired half its robot staff.

In accordance with Isaac Asimov’s third law of robotics, the robots appear to have gone quietly.