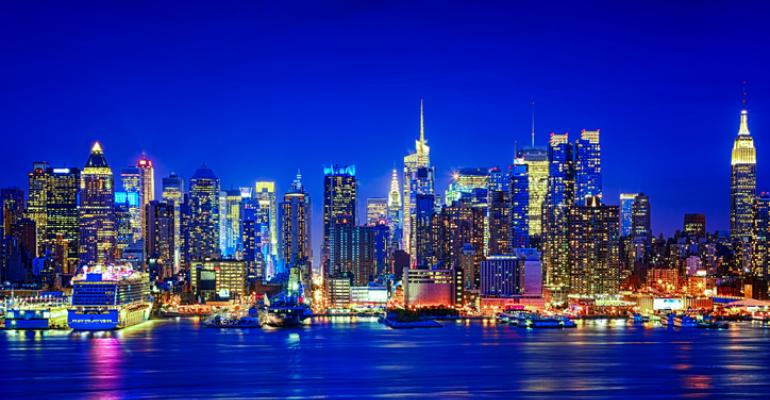 Big developments at Javits Center and along the Hudson River will change the convention experience.

During the recent IMEX America show in Las Vegas, NYC & Company provided an update on hospitality-infrastructure projects set for completion between 2019 and 2021 across New York City. In particular, the Javits Convention Center and its surrounding neighborhood on the west side of Midtown are getting significant upgrades.

First, the center's $1.5 billion expansion, due to be complete in 2021, will add 1.2 million square feet of meeting and exhibit space, including the largest ballroom in the Northeast at 55,000 square feet plus a rooftop reception space overlooking the Hudson River and the Midtown and Downtown skylines. One other element that show managers will like: An on-site truck-marshaling yard that smooths delivery of exhibit materials to and from the center's loading docks.

But before all that comes online, the massive Hudson Yards neighborhood project will open in spring 2019 along the river and connect to Javits via several pedestrian plazas. Besides adding 1 million square feet of retail space and restaurants, the project will feature large green spaces, an artistic and cultural hub called The Shed, and a 100-story-high outdoor observation deck. An Equinox Hotel will open at Hudson Yards, near the subway stop connecting Javits to Times Square, Fifth Avenue, and Grand Central Station via the No.7 train.

Across the city, more than 25,000 new hotel rooms are scheduled to debut in the next 30 months, bringing the total to 143,000. One architecturally unique property set to open next year is both historic and meetings-friendly: The TWA Hotel at JFK International Airport in Queens. The former terminal for TWA Airlines is being converted and expanded into a 512-room, retro-chic property with a 15,000-square-foot ballroom, 45 breakout rooms, recreated 1960s airline lounge, and rooftop pool/reception space. Also on site is a museum focused on the history of jet airplanes as well as a restaurant inside a refurbished 1958 TWA prop airliner. In addition to hosting meeting groups, the hotel will seek to attract overnight stays among incentive-program participants connecting to international flights.