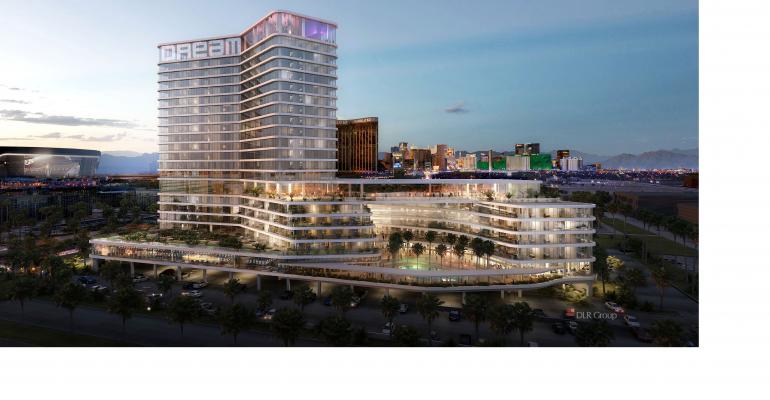 The Dream Hotel will be the closest property to the city’s iconic welcome sign.

Dream Hotel Group has announced plans to open in Las Vegas in 2023. The new 450-room property is slated for an early 2021 groundbreaking on Las Vegas Boulevard, across the street from Mandalay Bay Resort and Bali Hai Golf Club, and two blocks from the new Allegiant stadium where the Raiders, an NFL football team that moved from Oakland, will begin playing later this year.

Early plans for the 21-story hotel tower include 12,000 square feet of meeting and event space as well as seven dining and nightlife venues, including three restaurants and a rooftop pool deck and bar. The property will also feature a full-service spa and fitness center.

Dream Hotels currently has 16 properties operating and more under development, including the recently announced Dream San Antonio. Located on the River Walk, the brand’s first Texas property is also planning a 2023 opening.