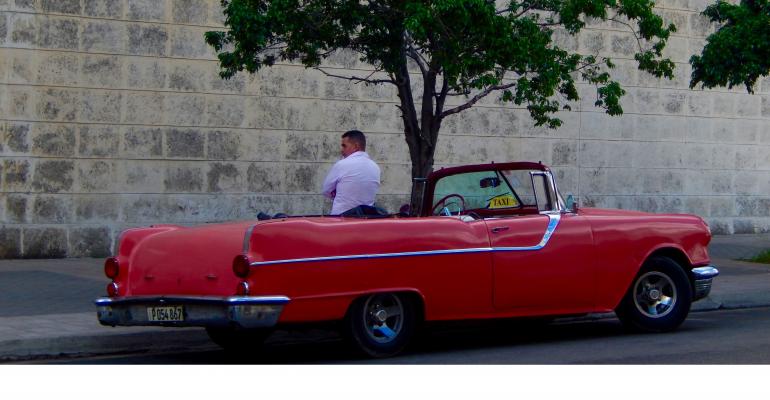 A Meeting Planner in Cuba

I have wanted to visit Cuba for as long as I can remember. Unfortunately, as an American, this was not possible for much of my life. Thanks to the U.S. embargo put in place in 1960 as a result of Cuba nationalizing American-owned oil and sugarcane interests (and later expanded), Americans have basically been forbidden from spending money in Cuba. Sure, I could have snuck in via Mexico or a Caribbean island, but the risk/reward equation was lopsided.

In the last few years, relations between the U.S. and Cuba have eased significantly. While it’s still officially a socialist country, Cuba is more accommodating to entrepreneurs and businesses, and Americans can now travel there, spend money, and bring back cigars and rum. You still have to clear a few hurdles. Pure tourism is not yet allowed, but there are 12 permitted reasons to travel to Cuba—including educational and “people-to-people” exchanges—and there’s a lot of latitude with the requirements so that, for the right small group, a program in Cuba can be arranged.

More Flight Options
There are now multiple U.S. airlines that fly to Havana. Many come in from Miami, but you can also get direct flights from Los Angeles, Charlotte, New York, Atlanta, Fort Lauderdale, Tampa, and Orlando. When booking flights, you’ll apply for your Cuban visa with the airline. The visa costs $50, and the airlines must add another $25 to your fare to cover your health insurance while you’re in Cuba. You need to keep your boarding card with you at all times, as this serves as your proof of insurance. The Havana airport is fairly small, but very functional. It is about a 20- to 25-minute drive to downtown.

Cash, Please
Almost no credit or debit cards are accepted in Cuba—and especially not American ones. Bring plenty of cash, and convert it at the airport, or at a bank or hotel. There is a 10 percent fee for exchanging U.S. dollars into Cuban pesos, but the exchange rate is close to one-to-one after that. Just be ready to use cash for everything, and bring more cash than you think you need. (Take that last note to heart!)

Hotels: Not the Usual Cast of Characters
As you might guess, there are few North American hotel brands. You’ll find many Melia hotels, a really nice Iberostar property on the main square of Havana, and a new Kempinski that is opening soon across from the Iberostar. All are “five-star” hotels, but that rating is about the equivalent of our two-and-a-half– to three-star properties. Many smaller boutique hotels are available, as well as hundreds of houses and rooms on Airbnb. If you stay at smaller hotels or private rooms, be sure to get the address information in advance in English and Spanish, print it out, and keep it with you. The odds of getting a taxi driver who doesn’t speak English are fairly high. I found that drivers didn’t know hotel brand names, but when I said, for example, Central Parque Hotel (the Iberostar property), they knew instantly what I was talking about.

Connection Speeds: Lower Your Expectations
Telecommunications is a challenge on the island, but I didn’t visit Havana in order to stream movies on Netflix. Some hotels include Internet access in the room rate. Others charge for it. In either case, they give you a card with 12 numbers as the user name and 12 numbers as the password. Expect a connection speed something like what you experienced with AOL or Prodigy in the late 1990s. And when you connect, you will only be able to stay online for five to 10 minutes at a time. The system worked for what I needed to do: check email, upload pictures to make my friends insanely jealous, and text with my wife.

Your cell phone will cost you an absolute fortune if you try to use it. The average is about $3 a minute and data is also terribly pricey. Your best bet is to keep your phone on airplane mode and use it as a camera. (Actually, it was pretty nice to unplug from the world for a while and have some great conversations with undistracted people.)

Loving Life
Cuba is the 60th country I have visited, and I would say with zero hesitation that it is the safest. At one point, I walked by myself 13 blocks back to my hotel, well after midnight, and felt safe and secure the entire time. I can’t think of any U.S. or international city where I would do that. The people of Cuba are amazing, friendly, and they enthusiastically enjoy life. Everywhere I turned, there was fantastic music, and people laughing and dancing. People were happy to answer all of my questions.

Interacting with the Cuban people was one of the highlights of the trip, but so was the food, from fresh caught fish, to fried pork, and everything in between. This is certainly a place that you can eat well, and most places were very inexpensive. I found a new favorite drink while there, the Rum Collins.

Fascinating, Authentic Vintage
As a huge architecture nerd, I was taken with Havana’s amazing and beautiful architecture. Everywhere you turn, there are stunning buildings from the first half of the 20th century. Many are in a state of disrepair, but the whole canvas is just fascinating. It felt like real and authentic Cuba, from a bygone era. The colors and designs were a feast for the eyes, and then you add in the allure of the vintage cars. Because of the embargo, it has been impossible to import U.S. cars for the last 50 years, but thousands of gorgeous classic cars from the late 1950s and early 1960s are on the island.

It is easy to rent one of those beautiful cars for the day, and have your driver take you on a relaxing Cuban tour. We went to “Finca Vigia,” the home where Ernest Hemingway lived off and on beginning in 1939, which is about 30 to 45 minutes outside of Havana. On the drive out in a 1960 Buick, we stopped and played baseball with some kids and then had drinks at an outdoor bar while listening to a Cuban band, a most pleasant way to while away the day. On the way back, after a three-hour lunch (which was beyond fantastic), we stopped and bought some cigars and rum. Not sure it is possible to have a more enjoyable day but if you’re looking for more, there are two iconic bars in downtown Havana, Sloppy Joes and Floridita, the home of the Daiquiri, and don’t miss the Museum of the Revolution.

For now, pure incentive travel is probably a good fit for Havana as long as the travelers’ expectations are well managed and extra attention is paid to communications, timing (allow more time for everything), and how you’ll pay for the trip (perhaps money can be sent through an international subsidiary).

You can sense that Cuba is on the cusp of change, perhaps very rapid change over the next few years. So go now, before it’s gone, and experience one of my favorite places.

All photos courtesy of Timothy Arnold, May 2017