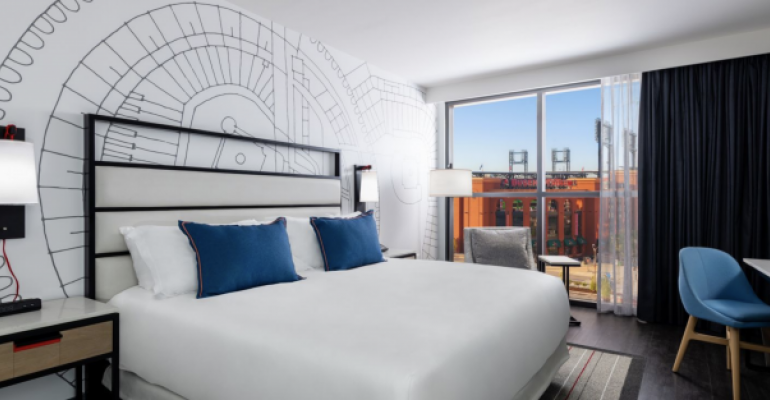 The hotel company cut the ribbon on its second Live! by Loews brand property on February 26.

Amenities include a steakhouse, lobby lounge, and an outdoor terrace and bar—and the room service includes a special menu for pets.

The hotel is part of Ballpark Village’s $260M expansion and a joint venture between Loews Hotels & Co, a subsidiary of Loews Corp.; The Cordish Companies; and the St. Louis Cardinals. It’s Loews first hotel in Missouri and its second Live! by Loews brand property. The first, the 277-room Live! by Loews–Arlington, Texas, opened in 2019 near the Texas Rangers’ Globe Life Park and the Dallas Cowboys’ AT&T Stadium.