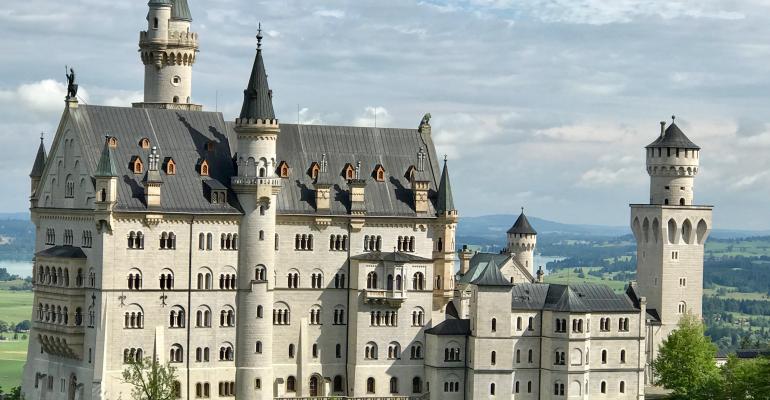 On Location: Munich and Cologne—Modern Germany for Meetings

As a first-time visitor to Germany, I was impressed by what two very different cities have in common. Munich, in the south near the Bavarian Alps, and Cologne, in the west on the banks of the Rhine river, were both rebuilt after being heavily bombed in World War II. Today, their cityscapes and event venues reflect both meticulous historical renovations and the modern face of sleek contemporary architecture. Their streets, parks, and promenades buzz with cyclists and strollers, and their restaurants offer an array of international dining as well as traditional German dishes and drafts. They also reflect the country’s strong environmental consciousness—think hyper-local honey from city-bred bees and electric vehicles ranging from the latest-model BMW’s to open-air “etuktuks.” During a German Convention Bureau educational trip in July, I joined a group of meeting planners from the U.S. and Canada to discover the soul of these two vibrant cities. We visited a wide variety of infrastructure for meetings, conventions, and incentive programs in a week that also included out-of-the-ordinary tours and activities.

Munich
After arriving in Munich, we strolled through the lively pedestrian Old Town en route to the Museum of Urban and Contemporary Art (MUCA). The streetscape here feels like a charming time capsule, but most of the buildings are in fact rebuilds of historic architecture damaged in World War II, including the 14th century Town Hall. History gave way to modernity when we arrived at MUCA, a new street art museum. Available for group functions and with a café and kitchen serving fresh farm-to-fork food, it’s a great spot for groups to experience Munich’s lesser-known contemporary culture. We even had the chance to channel our inner artist by creating a stenciled canvas of street art.

Munich is a busy, affluent city and it felt relaxing to check in to our spacious guest rooms at the 484-room Hilton Munich Park, a meeting-centric hotel situated next to the tranquil English Garden (Englischer Garten), a riverfront oasis of greenery, walking paths, and beer gardens. The Hilton’s conference space includes 21 meeting rooms and a grand ballroom that can accommodate more than 1,000 people. Don’t miss the sweeping views from the rooftop bar, a prime spot for a cocktail reception. No visit to Munich is complete without eating at an authentic Biergarten (Beer Garden), and the cozy Seehaus where we enjoyed dinner on our first night is located within the English Garden park just a short walk from the hotel.

Click here to see a slideshow of highlights from the German Convention Bureau Educational Trip.

Our first full day in Munich showcased three spectacular modern venues that all have copious conference space and interesting storylines. Sports fans will be blown away by the 75,000-seat Allianz Arena and the Olympic Stadium built for the 1972 Games. At the Olympic Stadium, a thrilling, adrenalin-pumping roof climb offered expansive views of the city skyline and demonstrated how Olympic facilities can live on for decades after the Games. Touring the Allianz Arena—one of the world’s most well-known football stadiums and home to the Bayern Munich Football Club—we even got a walk-through of the athletes’ locker rooms. Known for its curved exterior of inflated plastic panels that glows with different colors in the evening, the arena makes a stunning first impression. Ditto for the BMW Welt and Event Forum, a Munich landmark with prize-winning architecture and gorgeous modern meeting space. This is also where BMW buyers pick up their new vehicles. It’s a popular destination for car buffs from around the world to check out new and vintage models of the iconic German brand. That evening, we visited the heart of the city for an elegant dinner and great views of the historic city center at the luxurious Hotel Bayerischer Hof.

If your group goes on just one excursion outside of the city, make it one they’ll never forget. The Romanesque Revival Neuschwanstein Castle, built by King Ludwig II in the late 19th century and the inspiration for Walt Disney’s Cinderella castle, is an over-the-top fairytale located in the heart-stopping Bavarian Alps near the Austrian border. During our drive there, we learned the backstory of Bavarian history and this ill-fated king from a great guide who kept us entertained for the entire two-hour journey. After a tour of the lavishly embellished castle, we headed out for a traditional lunch in the Alps.

Back in 21st century Munich, we experienced the city’s high-adrenalin hotspot and event space Jochen Schweizer Arena, including surfing lessons and a tasty dinner. The contrast of this modern, activity-oriented venue with the storybook castle in the Alps reflects the juxtaposition of history and hip that your group can experience in Germany.

Cologne
With its laid-back, fun loving vibe, the ancient city of Cologne has a youthful sensibility. A comfortable train ride brought us to the center of the city and our host hotel the Cologne Marriott, located a short walk from the station. The immaculate, 365-room Marriott sports dramatic contemporary design and has event space for up to 500 people, including 16 meeting rooms and two ballrooms.

Touring Cologne in open-air etuktuks during our first full day in the city was both earth-friendly (the “e” stands for electric) and fun. We traveled to the cool neighborhood of Ehrenfeld, a local hotspot transformed by a dazzling array of street art and packed with boutique shops and street-side cafes. Venues here include event space in the whimsical Balloni store and in the historical Barthonia perfume showroom, both of which can accommodate up to 500 people.

Back in the city center, we enjoyed lunch and a site tour of the modern, 305-room Steigenberger Hotel, which has meeting space for up to 350. Afterwards, we strolled the lovely Rheingarten, a riverfront promenade for pedestrians and cyclists lined with green lawns and attractive Old Town facades (rebuilt after World War II) that house restaurants with street-side patios. While in Old Town, we also toured Germany’s oldest conference venue, the Gürzenich. Originally built as a civic ballroom and market hall between 1441 and 1447, the Gürzenich complex has undergone several expansions and renovations, and today is a popular meeting and event setting. Our immersion in history continued at the iconic Cologne Cathedral, the city’s most famous landmark. Begun in 1248 and eventually completed in 1880, this Gothic masterpiece remained standing, albeit damaged, when the city was otherwise flattened in World War II.

Later that evening, we experienced modern cocktail mixology with inventive concoctions enhanced by perfume essences at the Lab12 bar on the top floor of the Pullman Hotel, and at stylish drinking spot Little Link, known for creative cocktails spiked with unusual ingredients such as beetroot or eucalyptus. The nightlife in Cologne is friendly and vibrant, with a mix of tourists and locals. Beer drinkers will find something different from the oversized steins served in Munich: small glasses of the local Kolsch brew that are automatically re-filled unless you put a napkin on top of your glass.

Highlights of our last day in Germany included two interesting Cologne venues, a fun activity, and a show-stopping evening! We started with a visit to the European Astronaut Center, where astronauts train to become crew members on the International Space Station. If your group goes on a weekend, they can see firsthand how the astronauts learn to sleep and eat in zero gravity, and how they exercise their muscles to withstand weightlessness. Then we visited one of the most beautiful spots in the city, the historic Flora conference venue situated on the grounds of Cologne’s botanical gardens. With five conference rooms that can accommodate up to 850 people, the Flora was reopened in 2014 after an extensive three-year renovation. And, getting into the spirit of the Cologne Carnival that celebrates the holiday season from November to February, we created carnival hats at the offices of leading German DMC Intercom.

Our unforgettable final evening started with a tasty barbecue dinner at the Cologne Beach Club. Darkening skies heralded the start of the  “Cologne Lights” fireworks extravaganza over the Rhine and Old Town that attracts thousands of spectators every summer. In two roughly 30-minute shows, artful, extravagant fireworks emblazoned the sky as convoys of riverboats and tiny colored lights floated by, and the crowd swayed to music that was brilliantly synchronized with the fireworks. There were few dry eyes when the symphony of lights over the river pulsed to the tune of John Lennon’s Imagine. It was a terrific ending to an eye-opening week of exploration and education in two appealing German cities.