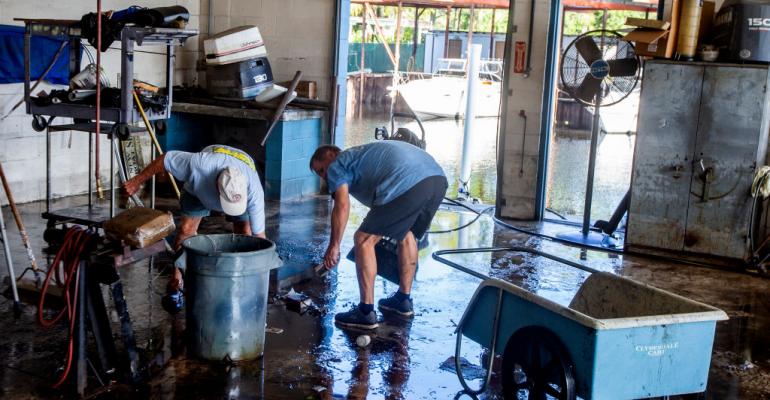 Yesterday Hurricane Michael hit Florida’s Gulf Coast with wind speeds of up to 155 an hour. The Washington Post reports that one observer described Panama City as being so badly damaged it looks like a bomb site.

A representative for the Boardwalk Beach Hotel and Conference Center said that the company has not returned to the property to assess the damage yet.  The 42,000-square-foot meeting resort is located on the beach in Panama City. Further east, an employee at VisitTallahassee confirmed that all public offices are closed today. She was not authorized to speak to the press but had gone to the office to assess the damage and described live wires and trees down throughout the area. According to its website, the nearby August B. Turnbull III Conference Center at Florida State is closed and a meeting scheduled for today has been canceled. The Donald Tucker Civic Center, also at the university, is closed due to the storm.

Although the comedian Kevin Hart canceled a scheduled performance at the Pensacola Bay Center in anticipation of Hurricane Michael, the center, located 100 miles west of the storm’s path, did not sustain any damage and is open for business.

MeetingsNet stories on coping with disruptions from natural disasters:

Cancellation Communications: How to Unplan a Meeting

Meetings Due Diligence in the Aftermath of a Disaster