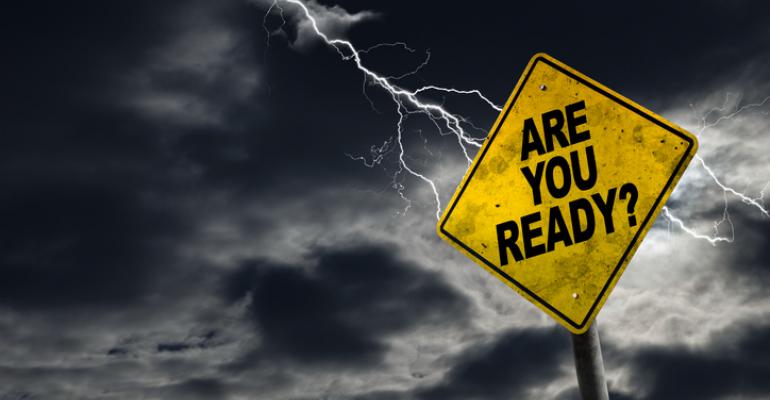 Meetings Due Diligence in the Aftermath of a Disaster

Seven steps you need to take to safely decide whether or not to cancel when your meeting destination is hit by a hurricane or other devastating event.

After the epically awful 2017 hurricane season wreaked destruction from Texas to Florida to Puerto Rico and the U.S. Virgin Islands, meeting professionals with future events booked in affected areas are grappling with a tough question: Should we stay or should we go? Will their organization and attendees be better served by cancelling and relocating the program, or stay the course at the original destination and hope the lights will be on and the AV running by the meeting’s scheduled dates?

There are legal and financial risks to both decisions, and no easy answers unless your meeting venue flat-out tells you not to come, says meetings industry attorney, author, and counselor John Foster, Esq., CHME, senior partner with Foster, Jensen, and Gulley. Here is the seven-step due diligence process recommended by Foster, who has led more than his fair share of clients through post-disaster negotiations from Hurricane Katrina in 2005 to last year’s hurricanes Harvey, Irma, and Maria.

1. Poll your stakeholders.
Even months after a disaster, even if the reality on the ground is actually pretty good, your prospective attendees, exhibitors, and sponsors may still be holding onto negative perceptions that will keep them from wanting to attend. Will the infrastructure be in place by the time the meeting is scheduled? Will it be safe?

Especially if it’s a meeting where attendance is voluntary, such as most association events, start by polling those who have come to previous meetings and other prospective attendees, says Foster. Also, poll your exhibitors and sponsors to find out where their heads are at. Keep your questions simple ones that just require a yes or no response: If we hold the meeting as planned in Puerto Rico in May 2018, would you register and show up?

“You need to collect some data to support your decision,” says Foster. “If two thirds of your group says they don’t want to go there, that could be a reason you could take to your board to support canceling.”

2. Consider the viability of holding the meeting with fewer attendees.
If you do find that a good percentage of your potential stakeholders aren’t willing to go to the meeting at the scheduled time and place, the next step is to look at whether it makes sense to hold the meeting anyway. Can you realistically scale it back if you have less support from sponsors and exhibitors?

“If you have a substantial percentage saying they don’t want to come, try to negotiate with the venue,” says Foster. “Say you’d be more inclined to show up if you get a break in your performance damages. The hotel may be more willing to give you a break on attrition than lose the business and have a cancellation dispute on its hands.”

3. Analyze your contract’s termination and cancellation language.
What exactly does your force majeure clause cover? It will depend on how far out your meeting is from the disaster—a meeting that was scheduled for just weeks after a hurricane hits will likely have different coverage than one that’s six months out, he says. If you don’t have a specific force majeure clause, general contract law says that one or both parties can terminate their performance obligations if circumstances make it impossible or impracticable for them to perform as contracted, or if the purpose of the meeting has been totally frustrated and the value of that performance is now less than it was when the contract was signed.worthless to that party. Note that to claim a “frustration of purpose,” the purpose must be clearly stated in the contract so that both parties are aware of it.

“Figure out what your cancellation damages would be if you outright cancel and your venue doesn’t recognize that you have a valid reason to walk away,” he suggests. “Think about the potential worst-case scenario, and whether you can negotiate that down.”

Also, compare the cancelation fee to what it would cost to move the meeting to a new location. “If you have to pay a minor amount on the original contract, but you will more than make up for it by moving your meeting to a location where people want to go, it’s a good business decision. But you have to do the math on that,” he says.

4. Talk with your other suppliers and local contacts.
In addition to your venue, contact your other local suppliers. For example, your destination management company will be able to tell you if the roads are passable or not. “You need to have eyes on the ground that can tell you if the headlines are correct, or if things are actually worse than what the convention and visitors bureau is saying,” he adds. In addition to your suppliers and vendors and the CVB, ask local members for their input if you’re with an association. “If you are a corporate planner, contact local customers or suppliers,” advises Foster.

“You need someone who can drive by the hotel and tell you if it has windows.” Ask your venue or CVB for contact information for other organizations holding meetings in the area to find out what they’re learning through their due-diligence efforts as well, he suggests. What criteria are they using? How similar to your meeting is theirs in terms of size and dates?

5. Monitor key websites and news sources.
Foster also recommends checking news reports, CVB press releases, and blog reports from people on the ground to find out what’s going on in the area. And be sure to monitor key websites such as the Federal Emergency Management Agency, the Environmental Protection Agency, and the Centers for Disease Control and Prevention. Is the water drinkable? Is the sewage system working? Has a travel ban been put into effect because of health concerns?

6. Analyze your insurance coverage.
Most large associations will have convention cancellation coverage for weather disasters such as hurricanes, but smaller organizations or those holding smaller meetings may not. Talk to your insurance broker if you do have cancellation insurance to find out exactly what is covered, he says. If you lack coverage, your organization is likely going to have to eat the cost of attrition or cancellation fees and relocating the meeting to a new venue. Either way, you need to know before making a decision.

7. Get a written assurance of adequate performance.
When you contract with a venue or vendor, both parties have a right to assume that the other party will perform as contracted, he says. “If you’re getting mixed or wishy-washy signals from your venue—‘Yeah, we hope to be open, we think things will be OK’—request written assurances of performance from the other party. This is done by sending a letter requesting the hotel to answer some “yes” or “no” questions about the condition of the property. The other party has a duty to confirm its going to perform, or to say that it will not be able to perform, which is called an anticipatory breach of contract,” says Foster. Give them a deadline to reply and state in the letter that a non-response will be understood to mean that the hotel will not be able to perform.

Tell them why you’re looking for adequate assurance of performance (i.e., the hurricane); ask them for an assessment of the damage and timeline for repair; and ask whether they’ll be at 100 percent service levels by the time of the meeting as if the hurricane had not occurred. “And be sure to say that if they don’t answer a question or don’t respond to the letter by the date you specify, you’ll take that as a ‘no,’ that they’re saying they will not be able to perform,” he adds.

Then wait for a response. “If they assure you they can perform and you decide to move forward, that facility can’t later claim of a force majeure themselves if things go downhill because they gave you written assurances of performance,” says Foster. “It’s a matter of getting them to commit in writing. If they do answer negatively—‘No, I’m not sure our rooms will all be back by then or that our property will be in as good a shape as before the storm occurred,’ then in essence they’re telling you they can’t perform the contract.” And they can’t change their minds a week later if circumstances end up being better than they expected at the time they provided their initial response, he adds.

“Let them know you’re depending on their responses so that if they write you a week later and say, ‘We have everything fixed now,’ it’s too late if the meeting has already been moved to another venue. That way the hotel commits itself first. They either claim a force majeure or they tell you they can’t guarantee they’ll be at 100 percent performance or service. That lets you off the hook and gives you confidence that you can contract with a different hotel.

“You have the right to put them on the spot, and they have an obligation to respond to you. If it’s a negative response, you have a right to walk away from the contract. And unless they’ve claimed a force majeure, they’ve breached the contract first.”

Foster further explains, “If an anticipatory breach occurs, the party seeking assurances has three options, depending on the circumstances: 1. continue performance; 2. suspend or withhold performance; and 3. change position or declare that the contract is canceled and hold the other party in breach of contract. Before any of the three options may be taken, the party seeking assurances must be able to show that it would have been ready, willing, and able to perform but for the other party’s anticipatory breach.”