Gallery of Hotels and Venues in Rotterdam 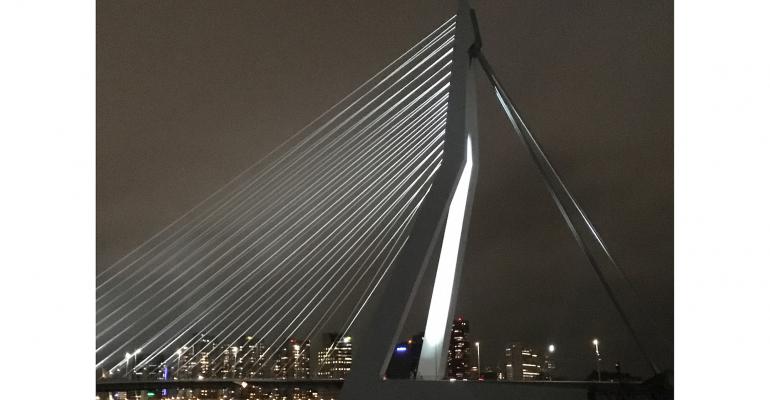 Rotterdam has several nicknames including “the gateway to Europe” as it is a port city, but “the Living Lab” might be the most accurate because of the huge investment in technology and agriculture the city has made. There is a popular phrase that says Rotterdammers are born with their sleeves rolled up. The city has a reputation for hard work and problem solving, whether through technology (Rotterdam has the largest port in Europe and most of the terminals are now fully automated using artificial intelligence) or agriculture. Despite being one of the world’s smallest countries, the Netherlands is the world’s second-largest food exporter after the United States. More than 4,000 agri-tech companies are centered in or near Rotterdam.

For meeting planners, Rotterdam has a large selection of venues ranging from the medieval Laurenskerk, a spectacular church with space for a thousand banquet guests, to Ahoy, a conference and entertainment facility famous for hosting large-scale festivals and exhibitions.  Lodging options include the architecturally stunning Inntel Hotels, Rotterdam, with a top floor jutting out towards the Erasmus Bridge, and the luxury Hotel New York, the former headquarters of the Holland America Line, on the riverfront within walking distance of the SS Rotterdam, an ocean liner-turned-hotel and event venue.

View a gallery of hotels and venues in The Hague.

Return to The Hague and Rotterdam page.