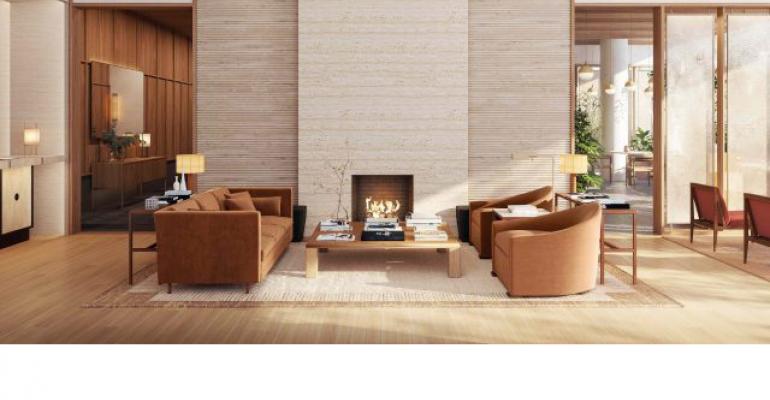 A Deal and a Development in Manhattan

The new hotel tax cut in NYC will help all hotels, including a new Pendry opening in July.

New York City hotels will cost lest this summer with Mayor Bill de Blasio’s recent executive order to suspend the 5.875 percent hotel room occupancy tax through August 31 to help the hospitality industry hard hit by the pandemic. (As an example, a $225 hotel room will save $13.20 in total tax.) A new Manhattan property from Pendry Hotels & Resorts is scheduled to open just in time to get a kick-start from this move.

The new boutique property will have 5,200 square feet of meeting space, with its ballroom measuring 1,600 square feet and able to accommodate up to 150 people. There will also be a 1,673-square-foot outdoor terrace, also with a maximum capacity of 150 people.

Pendry, a Montage International luxury brand, has properties in San Diego, Baltimore, and West Hollywood, Calif. In addition to Pendry Manhattan West, the company is opening a hotel in Chicago this month and expects to open one in Park City, Utah, before the end of the year.