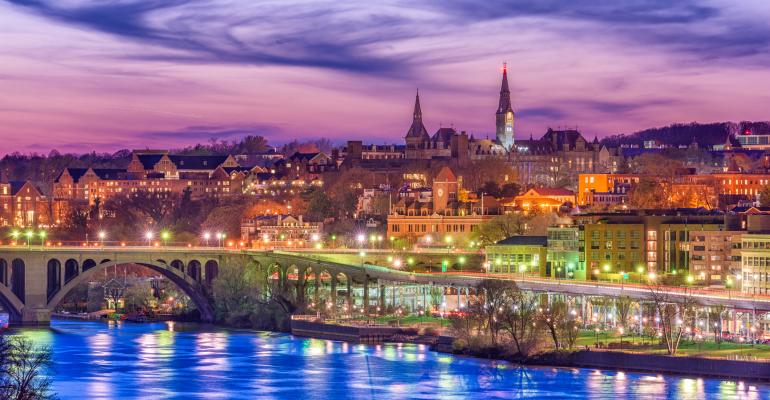 In 2017, Destination DC, the organization that markets Washington to meeting and convention groups, made a shift in its efforts to bring international groups to the city. Rather than just selling rates, dates, and space, the bureau identified its four key markets--education, medical, biotech/Pharma, and technology--and put its efforts behind what the city could offer as a “knowledge hub.”

What that meant for international groups from those sectors was more information on the value-adds around meeting in Washington, for example, local conference speakers, new delegates and exhibitors, and access to policymakers.

With 37 new international conferences on the books for the city over the next few years, Elliott Ferguson, president and CEO of Destination DC, is calling the strategy a success, and held a press conference at IMEX America this week to announce that the bureau is doing the research to launch three new knowledge hub sectors in 2019: government advocacy, transportation, and sustainability.

Ferguson also introduced Dr. David Skorton as a distinguished new member of its Ambassadors Circle, a group of local leaders and scholars who help the city win convention bids. Skorton, the 13th secretary of the Smithsonian Institution, is expected to help DDC recruit other noteworthy professionals into the program. Efforts from ambassadors are credited with landing such conferences as the International Association for Dental Research in 2020 and the World Congress of Pediatric Cardiology and Cardiac Surgery in 2021.

At the press conference, Ferguson also ran through some of the newest infrastructure for conference groups:
● The first Eaton-brand hotel in the U.S. opened in September.
● An SLS property breaks ground in early November, with a 2020 opening date.
● The International Spy Museum will be reopening in a new location in spring 2019.
● “The Reach,” a major expansion at the Kennedy Center will open September 2019 with significant event space.
● Phase two of The Wharf mixed-use development along the Potomac River will bring three new hotels to the waterfront area by 2022.