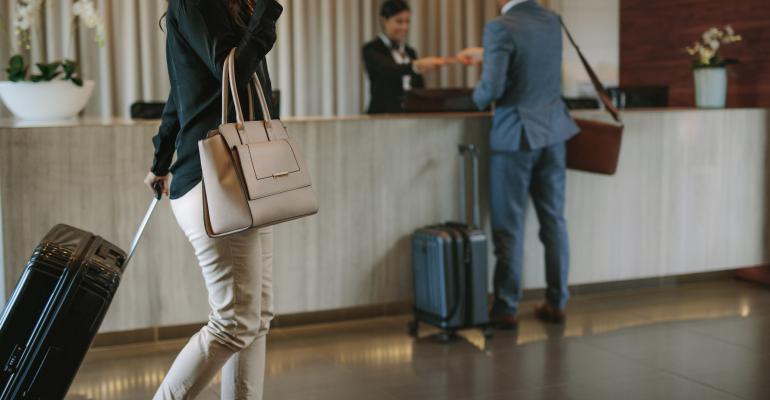 If a marketing guru is right, hotel chains should be wooing planners, not squeezing them.

Seth Godin, the American entrepreneur, author, and member of the American Marketing Association’s Marketing Hall of Fame, gave an interview this week regarding Nike’s Colin Kaepernick ad campaign. In his comments on the importance of branding, Godin said that hotel chains don’t have brands, they have logos. “If I swapped the signs on a hotel at that price point, you couldn’t tell if you were in a Marriott, if you were in a Hilton, or if you were in a Hyatt,” he said.

Godin suggested that hotels suffer from a “sort by price” mentality that means people look for a hotel based on cost rather than other factors. While geography plays a part in hotel choice, if Godin is right, then price—including loyalty programs—is the only reason to choose a lodging option.

Why is this a problem for a hotel chain? Well, if the chain doesn't have brand loyalty, its customers will walk away at the first sign of a problem. Marriott has just admitted that a data breach has exposed information including passport numbers and personal details for millions of its customers. William Espey, the brand voice lead for Chipotle who has shepherded the company through two public relations crises says, “When we start expressing values as a brand, we create connections with customers on a more profound level than just a simple transaction.” If Godin is right and the major chains are interchangeable, Marriott customers can easily take their “transaction” elsewhere.

Without strong brand identity, hotels simply buy loyalty—although that's something Marriott is going to be less successful at since announcing earlier this year it is making changes to the Rewarding Events program, squeezing meeting planners who depend on it for free rooms and upgrades.

Godin suggests that if Nike decided to open a hotel, its brand is so unique that potential clients would have a pretty good idea of what it would be like. But if Hyatt started making sneakers, no one would know what to expect. For meeting planners, Hyatt used to have one standout characteristic: It had not followed the other major chains in cutting commissions for third-party bookings from 10 percent to seven percent. Last month, however, the chain joined Marriott, Hilton, and IHG in cutting commissions.

Godin says having a brand means that “you’ve made a promise to people, there is an expectation.” Without a brand strong enough create attendee loyalty, and by cutting commissions and tightening reward programs that drew meeting planners, the major chains may have trapped themselves in a “sort by price” competition that could prove detrimental to both profits and quality in the long term.

Seth Godin will be a keynote speaker at PCMA Convening Leaders 2019.