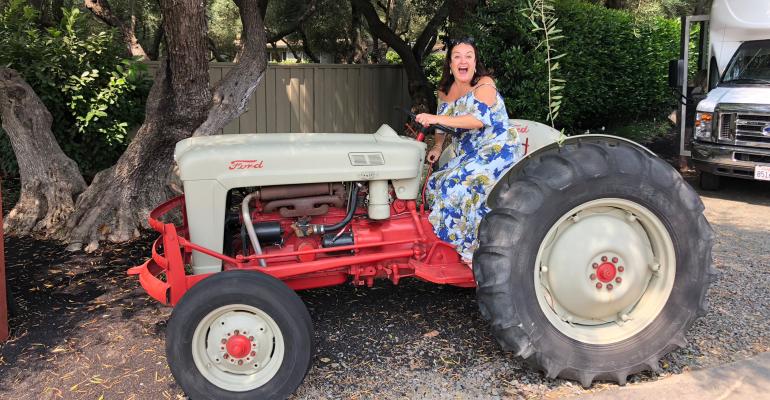 The planning and communication skills of experienced meeting professionals can be an undervalued asset. But during the pandemic some companies directed those strengths to new projects. Just ask Changemaker Mia McMahon, CMP.

“I like to say that we’re a meetings and events company in the restaurant industry,” says Mia McMahon, director of corporate travel & events at Dine Brands Global. After all, “everything that is noteworthy is tied to a meeting or event—our board of directors’ meetings, shareholder meetings, investor-relations meetings, franchisee conferences,” and others. In 2021, McMahon bought her meeting skillset to two other noteworthy company initiatives—a new DEI program and an improved LinkedIn presence—while she and her two team members facilitated more than 40 in-person events in the second half the year.

Dine Brands, parent company to the Applebee’s and IHOP restaurant franchises, made a commitment in early 2021 to starting an affinity-group program for employees. Human resources developed a framework for the team-member resource groups, or TMRGs, but execution fell to the communications department, where the travel and meetings function resides.

McMahon took on the role of engaging with the fledgling groups to find leaders; develop names, logos, and mission statements; and execute monthly activities. “Logistics isn’t everyone’s strength,” she says. “For example, panel discussions: As meeting and event planners we know how to do one instinctively, but many people don’t know where to begin.” Plus, the TMRG events were online last year. “It was a little difficult on a virtual platform. You had to be innovative; every month couldn’t be a panel discussion.”

For instance, she helped organize a virtual paint night with a famous LGBTQ artist for Dine Out (the LGBTQ+ employees’ group) and a home-cooking demonstration for Soul Food (the Black employees’ group). But perhaps the most satisfying event was the Asian/Pacific Islander group’s recent boba-tea cart in the company courtyard, because the group planned it almost entirely on its own. “They’re doing an Asians-in-film discussion on their own, too,” McMahon says, proud to see the groups’ increasing independence. “With change-making, you never see it until you’re on the other side of it. … It was no small effort; we have six of these groups. It was like building the plane as you fly it.”

“Many of my roles have been unofficial,” McMahon says. One example: “During the pandemic we were onboarding a new president, and I ended up doing all the internal communications from our president” because she has a minor in creative writing. She’s also helped to develop a strategy for Dine’s LinkedIn presence, one that plays off her meeting-and-travel vantage point. “We made a plan for the year, looking at where our president is speaking and what’s coming up for meetings and events.” The idea—get photos of the president on the road and start conversations about what Dine is doing—is paying off, she says, creating a lot of activity on the platform and even energizing the company’s hiring efforts.

“It’s important to always look at what’s in the best interest of the company. In our department, we always say ‘no surprises.’ That’s about being honest with your leaders on whether or not you think something’s a good idea, whether or not [a particular] spend is worth it, or what you’re seeing by way of industry trends.”

At Heart a Planner

While DEI and communication projects have expanded McMahon’s role, at heart she is a meeting pro who’s been, as she says, “trained by some of the best on the unique touchpoints for catering to meeting attendees and hosts.” One anecdote from the Applebee’s Fall Conference in November 2021 drives that home. About two weeks before the event, Dine executives decided to add entertainment, including Rock and Roll Hall of Famer John Mellencamp. Negotiating the contracts, hiring an additional production crew, and dealing with various requests in Mellencamp’s “broad rider” and around Covid testing (every three hours) made for a demanding run-up to the event. “But everything they wanted, we gave them, and we did it with a smile,” McMahon says.

Mellencamp’s team certainly noticed: “During the program, his manager and his tour manager came up to me and asked, ‘Are you interested in in doing this with us? Would you want to go on the road with Mellencamp?’” McMahon laughs when she tells the story—no, she didn’t leave her family for life on the tour—but, as every planner knows, it’s nice to be appreciated.