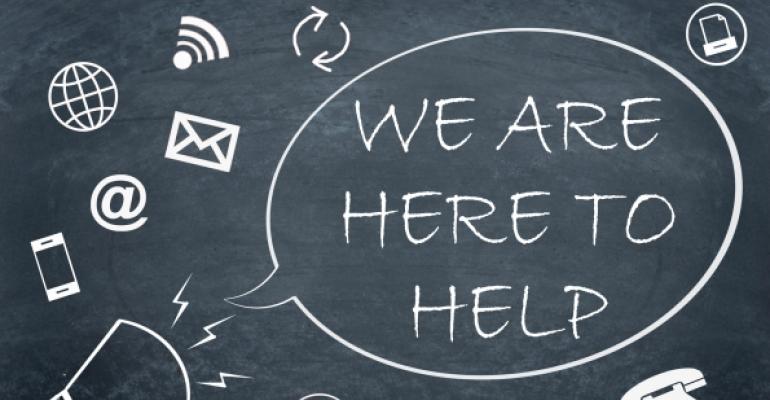 Your association’s leadership takes to the stage to whip the audience into action about an issue that will directly affect their business. Everyone’s revved up and ready to let their local and federal elected officials know their mind. But if they wait until they get back to the office and look up how to make that call, send that email, or tweet that exhortation, chances are, you’ve already lost momentum that would have moved the cause forward.

That’s why organizations including the Consumer Technology Association (formerly the Consumer Electronics Association), the American Heart Association, the National Association of Community Health Centers, the Community Oncology Alliance, the National Association of Manufacturers, and companies such as the ride-sharing startup Lyft are turning to software tools they can use to text a keyword to a short code call to action. With one click on their mobile phones, members can then send a message to their elected officials’ inboxes and social media feeds—right from the general session ballroom.

Why Now?
Today’s explosion of smartphone adoption and use of social media so s including Facebook, Twitter, Snapchat, and Instagram, makes going digital with advocacy a must, says Ximena Hartsock, cofounder and president of the Phone2Action digital advocacy platform. With 80 percent of all Americans owning a mobile device, and 100 percent of Congress now active on Twitter and Facebook, it would be a mistake not to use those channels for advocacy, says Hartsock.

“What’s happening digitally is as real as what’s happening physically. For advocacy, this means leveraging these tools to help members connect with lawmakers and tell them how they feel about specific policies,” she adds. A former outreach director for an advocacy organization in California, in 2012 Hartsock decided there had to be a better way to connect constituents and lawmakers. She reached out to two entrepreneurs, Jeb Ory and Patrick Stoddart, to help develop and launch Phone2Action.

The technology matches a constituent’s address with the lawmakers that represent them on local, state, and federal levels. Organizations can craft campaigns to use the shorthand of Twitter, the personable nature of Facebook, text messaging for issues that require immediate action, or email for longer messages that explain more complex issues, says CTA Senior Vice President, Communications and Strategic Relations Jeff Joseph. “It gives us a way to target our campaigns and engage our audiences where and how they want to communicate, whether it’s email, Twitter, or other social media. It allows us to use multiple platforms to engage in different levels of detail or requests for action as appropriate.”

Adds Hartstock, “It doesn’t replace human interaction. It just provides an opportunity for the person to engage in the manner he or she prefers.” It also enables organizations to learn what media channels resonate most effectively with different lawmakers. “We’re starting to see trends based on the big data information we are receiving about the preferences of both lawmakers and constituents,” she says.

Streamlining Advocacy Solutions
“Back when I first started doing advocacy work in the late 1980s and early 1990s, trying to reach a mass base using emails and phone calls and even faxes, the complexities of trying to engage constituents in a compelling way was challenging,” says Joseph. “Tools like Phone2Action revolutionize the whole game. They make it easy to target what you need to target, from interests to demographic information within a certain state or congressional district. There’s an immediacy to it.”

Joseph says the four main benefits of using a digital advocacy platform for CTA are:

• As a technology organization, “Our mantra and our mission is to promote innovation, and this allows us to practice what we preach—using a startup with an innovative platform to expand and support our advocacy efforts.”

• It enables CTA to activate and engage its core audience quickly when new issues arise that require its membership’s attention.

• It also provides metrics on the back end, that organizations can use to track the results of their advocacy efforts. “Every association has leadership they have to report to,” says Joseph. “This lets us say, ‘We made this investment, and here are the results.'”

CTA has used the platform for more than 20 campaigns since it first came on board in 2013. One was a very complex issue around patent litigation reform. In 2016, CTA members and other interested parties sent 7,546 messages to lawmakers; the House passed the Innovation Act by a vote of 325 to 91, and as of this writing bill was before the Senate.

How Hyatt Is Harnessing Technology to Streamline the Planning Process
Nov 17, 2016