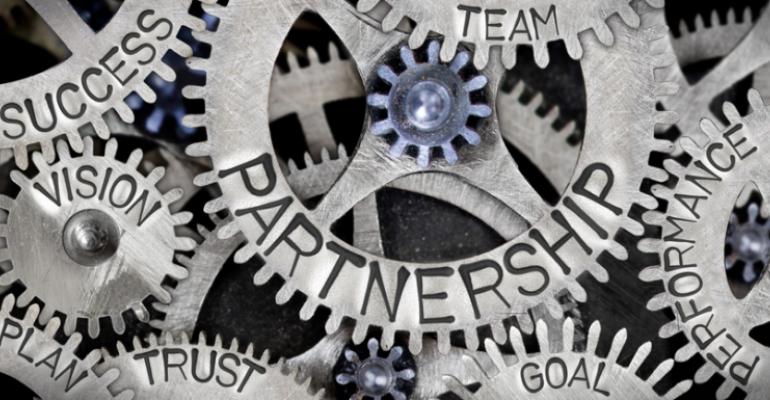 Associations that focus on customized opportunities to match the objectives of their strongest supporters will enjoy long-term success.

When Bill MacDonald, vice president of analysis and insights for meetings and events consultancy Velvet Chainsaw, addressed a room full of convention and trade show planners at the IMEX America show in October, he made one point early in his "Sponsorships of the Future" presentation that caused folks to straighten up in their chairs. It was this:

"Too many associations spend too much time dealing with the churn segment of their sponsor base. The loyal ones we tend to ignore until we simply have to engage them: 'We know they're coming back, so let's approach these five new possibilities first.' But the time you spend doing things other than trying to deliver more value to the core of your sponsor base can burn you."

The Key Drivers: Alignment, Quality of Presence, and Attendee Benefit

The reason that association staffs should spend significantly more time tending to their largest present sponsors is because those organizations most likely have other in-person options for reaching the right people. Even if an association doesn't compete with another show for exactly the same attendees, there are events outside your direct market that surely attract the sponsor's target customers. In addition, "many large sponsors have their own customer-facing events, so you have to prove that their investment is better spent with you than simply moving it back in house," MacDonald says.

As a result, "you must make the effort to align with each large sponsor's goals by understanding their specific customer types, and knowing the ways your audience overlaps with those," MacDonald says. Doing this allows an association to develop customized opportunities matching each sponsor's objectives. In other words, "know the measurements each sponsor values most from their interaction with your audience." When he was on the corporate side of the sponsorship playing field, he saw the importance of this first hand. "Marketing departments went from focusing on how many leads we got from an event, to how many quality leads we got, to how much revenue we gained from leads acquired at that show," he says. "So there is more direct accountability now; if big sponsors don't see the desired amount of revenue gained over an 18- to 24-month period from the show, they might scale down or even end their sponsorship with you."

The best chance, then, for sponsors to reach their desired results and stick with a show comes when an association offers “high quality of presence,” says MacDonald, rather than simply high frequency of exposure. And high quality of presence is best achieved by giving a sponsor the chance to provide tangible value to attendees.

MacDonald notes the experiences that make a sponsor matter to attendees are those that surprise, entertain, engage, or educate; bring personal or professional benefit or convenience; build connections between people; or provide a sense of feeling listened to and acknowledged. He calls this the "win-win-win" sponsorship philosophy that includes the attendee, as opposed to the old philosophy that was focused mainly on creating a "win-win" for sponsor and association.

Some broad examples of impactful sponsor experiences include hosting a coffee break with power chargers available; offering shuttle service to and from the venue that also provides bottled water; and supporting or providing useful nonpromotional content outside of the show's formal educational sessions—even before and after the show. "Help the attendee connect with or engage with a brand through a helpful experience, rather than just seeing a brand's logo on the lanyard," MacDonald says. In fact, with sponsor opportunities that mostly focus on logo or name exposure, the critical element that's lacking is the memory of an engaging moment with the sponsor when that name or logo is seen in the future. What's more, "keep in mind that logo opportunities on things like lanyards and room keys might not even exist in five years because of evolving technology," he adds.

There's one other essential component that completes the connection between attendee and sponsor: activation. For instance, a refreshment-break sponsor can ask that attendees scan their badges as they pour a cup of coffee so that they receive a helpful tip or a discount on a future purchase. Or when offering content to be pushed to an attendee's email or pulled by the attendee from a website, a sponsor can ask one or two questions to determine what content would be most useful, so they can meet that need now and in the future. For the latter possibility, providing access to some member or show-attendee data would interest sponsors as they formulate their questions.

Interestingly, MacDonald suggests that before presenting core sponsors with ideas, associations should ask about their sponsorships at other events: what they do and why. "That conversation might get you to build opportunities at your show based on approaches they already favor," while being able to add an element that's unique to your event.

Gamification is one concept that's gained favor in recent years due to advancing technology. But MacDonald stresses that phone-based games or contests happening on the show floor aren't inherently more effective than traditional "bingo cards"—whereby attendees go to various show booths to gather enough stamps to earn a prize or enter a raffle—because these activities alone don't guarantee sponsors a high quality of presence among participants. "Some shows that don't have a good audience for a large part of their sponsor base think gamification will help them," he says. "But if you ask exhibitors about the quality of those interactions, you rarely get a positive response." Even when sponsors and attendees are a good match, though, there still needs to be an activation component requiring interaction at the booth: a trivia question, a revealing statistic, a helpful tip, etc. Surprisingly, MacDonald notes, some exhibitors need to be encouraged to do this.

One technology avenue that's commonly not used to its full potential is an association's website. "A sponsor simply having a banner ad on the site for part or all of the year is not going to drive any return on investment," MacDonald says. "The association must connect that presence to an element of thought leadership or industry advocacy, giving the sponsor a long runway of exposure that promotes engagement with members."

Today, conference apps are the biggest emerging opportunity for sponsor exposure, especially as print programs dwindle away, MacDonald says. While some associations find that the number of downloads for their event apps aren't yet what they expected, there are a few ways to approach the transition. "Some are ripping off the band-aid all at once, like the Society for Human Resource Management did," he says. "They told attendees, 'We're going to the app next year, and there will be no more print product." Others are phasing out print by asking attendees if they prefer a print program—but then charging roughly $10 to mail it ahead of the show rather than making any available on site. Nonetheless, it's wise to still offer a pocket-sized "program at a glance" that lists the basic schedule for each day. "Get a single sponsor for it; do not use that real estate for ads," he warns. "The goal is purely attendee benefit."

Once an association establishes a critical mass of event-app users, the sponsor possibilities are many. Besides the messaging that can be pushed out at specific times, "what might get popular quickly is getting a sponsor for the entire app, either for the duration of the show or with a different sponsor for each day," MacDonald says. "You can make the app password for each day a different sponsor's name as well."

In the big picture, focusing most strongly on core sponsors can drive revenue growth for associations. "They should always be trying to partner with committed sponsors on something new or improved in return for additional investment," MacDonald says. "You are not ignoring the others in your sponsor universe, but you are definitely spending more time on the proven ones. With budget lines for event marketing growing but shifting away from exhibits, associations have to work to earn that money year after year."