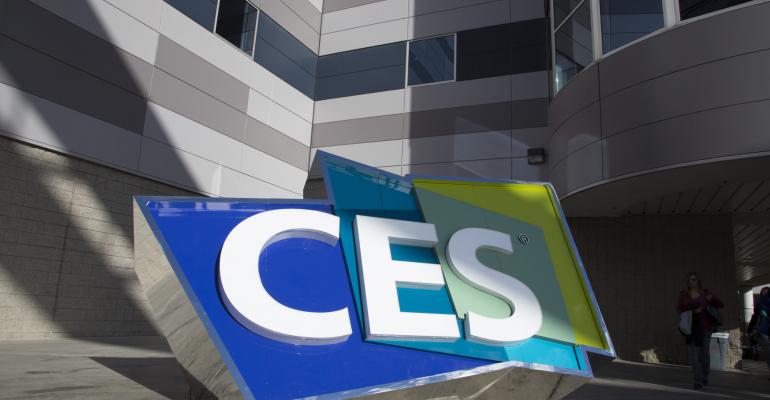 The Experience that Changed CES Forever

As an event organizer, your brand is your promise to customers. The Consumer Technology Association’s brand promise for CES is that our show serves as the global stage for innovation. But the show we have today is not the show we launched 50 years ago. We have adapted, changed, and evolved to meet the needs of our exhibitors, attendees, and industry as a whole.

Fifteen years ago, I had an experience that shaped the way I look at how we do business. Six weeks before CES 2001 was slated to open, a company came to us asking to participate. This company was new and didn’t actually have a product. They wanted to participate to build brand awareness, but they didn’t need a physical exhibit.

At the time, we didn’t have anything to offer them. We were great at selling booth units. We could upsell banners and other promotional opportunities with the best of them, but we never really thought about selling access or brand awareness without an exhibit of some type.

After going back and forth with them for about 10 days—and with time running out—I ultimately had to tell the company that we couldn’t find a way for them to participate. This missed opportunity really bothered me and is something that has stuck with me all these years later. Here we had a company that wanted to be a valuable part of our show, but we couldn’t make it happen because we were stuck inside our own box—the “box” of exhibit units.

Free Your Mind
As soon as the 2001 show was over, I gathered our team and we started to think about ways to adapt so that we would never have to turn away business like that again. We needed to step outside the box, change our approach, and bring a new suite of opportunities to CES and its participants.

Our first step came the following year, when we allowed companies that didn’t book booth space to purchase branding opportunities, albeit at a higher price point than companies with booth space.

We also began to survey exhibitors and attendees to find out what we were doing right and what we could do better. In 2015, this led to the creation of C-Space, a media-focused setting for the advertising, content, and entertainment communities. Companies participating in this area told us they don’t identify as traditional exhibitors, so we had to create an area of the show that worked for their business needs. C-Space solved this problem.

Another recent innovation is Eureka Park. Our founder, Jack Wayman, always wanted companies of any size to be able to participate in CES. This is something he talked about even as he pushed past his 90th birthday. However, as the show grew over the years, it became harder and harder for attendees to find the smaller and newer companies on the show floor. As a result, small companies often felt like they couldn’t compete with the bigger brands.

To help with this, and to live up to our brand promise of being the place for all who thrive on the business of consumer tech, we created Eureka Park, an area specifically for startups.

This model was something outside of our box because it not only had to be an exhibit area, but it also needed to become a destination for the startup community. We started with 120 companies, partnered with groups like Start-Up America and the National Science Foundation, and set them up in meeting rooms.

In 2017, our startup area will house some 600 exhibitors. How did it grow that fast? We created a package that was cost-effective and valuable for these companies. A startup can get space for as little as $1,000 versus the $3,800–$4,200 price point for a standard booth.  We bundle electrical and Internet together and offer a higher price point package for those who need those services as well. In keeping with the low-cost theme, we negotiate room blocks at lower-priced hotels, have after-hours receptions, and have a stage area to showcase startups to investors. We also hold special sessions for our startups as part of our Press Day activities. Plus, the TV show Shark Tank holds an open casting call on day one.

Tech Then and Now

CES continues to innovate along with the tech industry. When our show launched in 1967, there were no personal computers and the only cars that came to CES were those filled with speakers and subwoofers. Fast forward 50 years and now we have computers in cars, cars that can drive themselves, and car companies that no longer see themselves as being in the automotive industry, but rather as being in the business of technology. This is an example of how one industry has evolved, but there are dozens of others. Today, more than 3,800 companies and brands use CES as a way to position themselves in the technology space.

For an event to gain recognition and success, event producers must understand their brand on every level. More than just a logo, your brand is the way you position yourself in the market. Your brand should be the guiding light in everything you do, from the way you conduct your business to your relationship with customers.

Every decision we make supports our brand identity and deepens relationships with our customers. Our customer base has both broadened and deepened, because we want everyone involved in the tech industry to be involved in CES—no matter their market share. And our brand will continue to strengthen and evolve as we mark the golden anniversary of CES in January 2017.

Karen Chupka is senior vice president, CES and corporate business strategy, for the Consumer Technology Association, the U.S. trade association that represents more than 2,200 consumer technology companies, and owns and produces CES, the world’s largest gathering place for all who thrive on the business of consumer technologies. The show drew more than 177,000 industry members to Las Vegas in January.

What a Massive User Conference Can Teach Any Meeting
Nov 09, 2015

The Benefits of Sticking Around to Meeting’s End
Dec 29, 2015