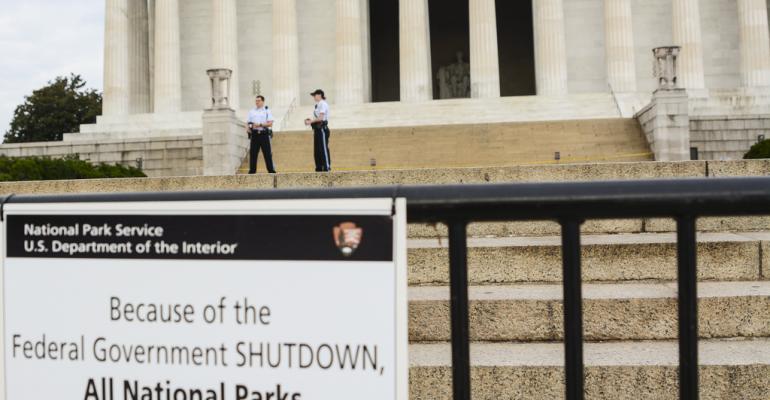 Photo courtesy of NPCA, via Flickr
Association Conventions and Expos

“The federal government shutdown is most certainly impacting SGMP members,” says Rob Bergeron, executive director and chief executive officer at the Society of Government Meeting Professionals, Alexandria, Va. “For many of our members, sequestration had already been affecting their positions and their meetings. But this shutdown brings our industry's challenges to another level,” he said.

Most government meeting planners are not exempt employees, so they are on furlough starting today, says Bergeron. “A large number of our members must stop working indefinitely and do not know how or if retroactive pay will be involved in any agreement,” he adds.

“An overwhelming majority of federal government meetings are being canceled today and for the near future, so the shutdown also negatively affects our supplier members who provide facilities and services to these meetings. The impact these unfortunate realities will have on the overall U.S. economy is most unfortunate and should not be overlooked.”

The November 3-8 annual meeting in Seattle for AMSUS: The Society of Federal Health Professionals could also be affected. “Even though we have focused our marketing efforts on people paying their own way, this may impact their ability to get the time to attend,” says John Class, deputy executive director at AMSUS. It could make potential attendees hesitant to plan into the future and could mean cancellations from those federal workers expecting government funding to attend. “We are still hoping that the medical assets in the Northwest will realize the value and attend as we have a great lineup of content to present.”

Adds Chris Vest, director, public policy for ASAE: the Center for Association Leadership, “In addition to the impact of the budget sequester and the overall scrutiny of government meetings, the shutdown will just compound the issue.” Members had reported attendance by government employees at their meetings was down 40 to 50 percent even before this latest blow, he says.

0 comments
Hide comments
RECOMMENDED FOR YOU
Limiting government travel and meetings won't save money after all
Jul 17, 2012