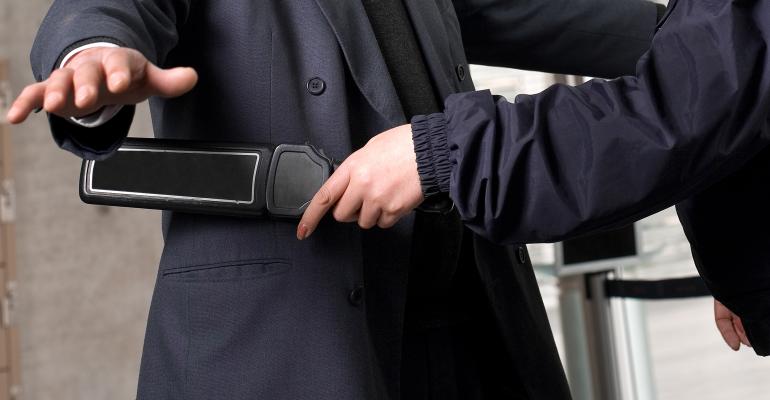 Must-Have for 2017: A Crisis Contingency Plan

For large events in the year ahead, attendees arriving onsite may feel like they’re back in the airport security line.

“We don’t want to inconvenience attendees, but safety is our number one priority,” says Gene Lundgren, president, Aquarian, a Shepard Company. “Insurance costs are skyrocketing, and we predict that perimeter security will soon be mandated. Before you know it, walking through a metal detector will feel mainstream and normal; outside the U.S., it’s already common.”

In fact, canine security units, bag checks, and magnetometers are already being used at the Los Angeles Auto Show, says executive vice president and general manager Terri Toennies, CMP, who expects to see security at convention centers mirroring arenas and concert venues in the year ahead.

Lundgren notes that after the terror attacks in Paris and Orlando, the pressure to have magnetometers in venues is rising from the entertainment community. “Budgeting for enhanced security will become an ongoing additional cost moving forward and needs to be taken seriously,” he says.

Unfortunately, the steps are warranted, says says MaryAnne Bobrow, CAE, CMP, CMM, Bobrow Associates. “Anyone who doesn’t believe that events that took place in Paris and other European locales couldn’t take place in the U.S. is sadly mistaken.”

“It will be important for our industry to carry on with meetings and events, but to do so with appropriate caution and awareness of potential threats,” notes David Peckinpaugh, president, Maritz Global Event. “The key is ensuring crisis communication planning is proactive rather than reactive and that the proper checks and balances are in place with partners, suppliers, and hoteliers.”

Crisis communication planning has now “moved from something that everyone ‘knew’ they needed to do, to actual discussions between clients and DMCs (and hotels, venues, convention centers, etc.) before programs,” says Marty MacKay, DMCP, president, Host Global Alliance.

While contingency plans should be reviewed regularly, shared with venue staff, and, for larger meetings, discussed with key local authorities, Michael Dominguez, Chief Sales Officer, MGM Resorts International says that educating attendees is also key. “We need to start making sure attendees are aware of what to do and how to do it in a way that’s not scaring them but that’s making sure they’re prepared,” he says. “That will be the struggle for planners in the next year.”

Diversity by Design: 5 Leaders on the Evolution of Inclusive Meetings and Events
Dec 09, 2016