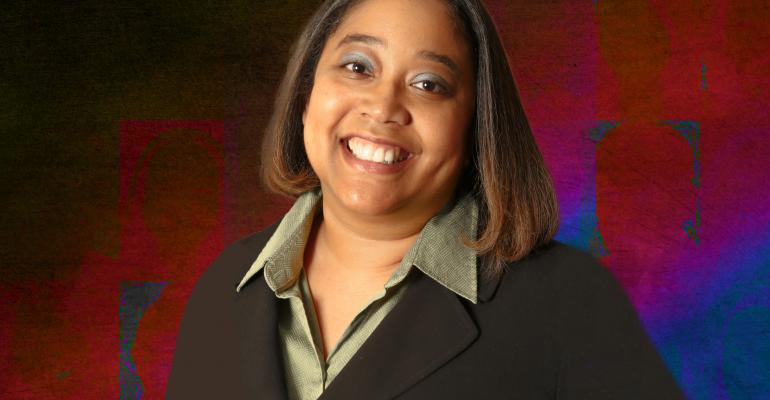 The Mover Behind AOTA’s Inspire

Changemaker Leslie Jones, American Occupational Therapy Association, met the uncertainty of the pandemic with improvements to the group’s biggest events. Here’s how she did it.

After honing her association-management skills for nearly 10 years at the National Association of Catering Executives—and rising from meeting planner to chief operating officer over that time—Leslie Jones would need to draw upon all those skills when she moved to the American Occupational Therapy Association in 2016.

With an event-planning staff of only four people serving AOTA’s 65,000 members, Jones somehow was able to keep AOTA’s events humming—until the Covid pandemic forced hard decisions and rapid changes to those events that nearly overwhelmed the team. However, under Jones’ leadership the team made several changes to its biggest annual event, changes that members have noticed and appreciated and which have set up the association for future meeting success.

First, the transition to virtual events for all of 2020 and most of 2021 brought expected and unexpected challenges. The biggest unexpected challenge: needing to caption more than 200 virtual educational sessions after “members dinged us for not doing that for a big event we did in fall 2020,” Jones notes. It takes roughly two minutes to caption each minute of session content, which meant that Jones and her three teammates had to find the time to complete this huge task themselves, after the presenters for subsequent virtual events recorded their sessions and before each event took place. “We learned how to use our time and resources wisely, and I think that communication between the team was the key to all of us getting through the situation. We were all like, ‘I am really burned out from this,’ so we leaned on each other.”

Come fall of 2021, Jones was busy creating small hybrid events of about 150 people in person plus a few hundred virtual attendees, which served as testing grounds for health-and-safety protocols on site as well as for the virtual-delivery tools the association was sampling. “These were basically pilot programs that would help us build out our largest annual event as a hybrid in spring 2022,” Jones recalls.

By the time that April event, called AOTA’s Inspire, finally happened in San Antonio after a two-year in-person hiatus, Jones and her executive team had made a few important cost-benefit decisions. The biggest among them: Virtual exhibits were simply not valuable enough to attendees to justify the planning effort and were cut from the hybrid-event’s agenda; the smaller roster of in-person exhibits would remain. Another important decision: While general sessions would be broadcast live each day, only a select few breakout sessions would be shown live.

One sign of a good leader is knowing when change isn’t working. In San Antonio, Inspire dropped its printed conference guide for the first time, assuming attendees would use the app. But when complaints poured in, Jones had to make a decision on the spot: “We responded with, ‘Okay, here’s what we can do: We’ll put together an Excel spreadsheet that has each session’s name, room location, and date. It will be at our Support and Solutions Desk tomorrow morning.’ Sure enough, everybody was happy the next day.”

In fact, Inspire’s in-person and virtual attendees alike were happy with the event. Of the 4,500 in-person attendees and 2,500 virtual attendees, 93 percent said they thought the event was valuable enough that they would recommend it to an industry colleague. And this level of satisfaction means that AOTA will continue with a hybrid annual conference in future years.

Jones still has some changes she wants to implement for future events. “We had quite a few debrief sessions after Inspire 2022, and from those we are probably going to evolve the hybrid offering.” For instance, “virtual attendees were only able to view our one-hour courses and the scientific research panels, but many of them said they really want to see the three-hour workshops too. So, we have to figure out how to make that work from the perspective of logistics and cost.”

Also, “we’re looking to do more for newer practitioners and students, because they made up a majority of our attendees in the past but not as much this year. We’ll be focusing on the most valuable programming for those segments so that they continue to come back to the conference as their career moves along.”