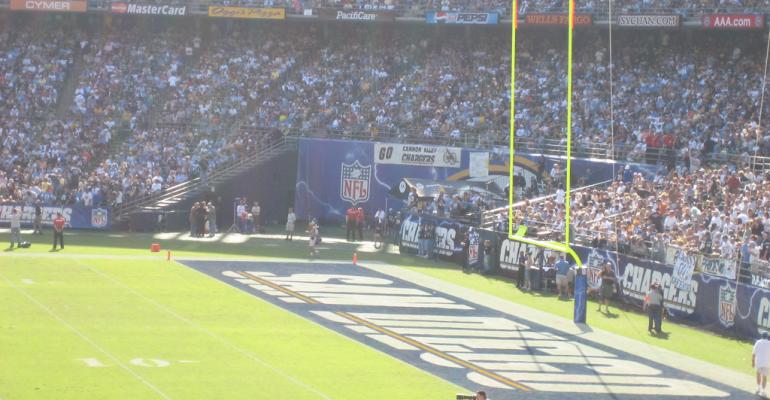 “While we appreciate the Chargers effort to build a new stadium, we will continue our current efforts to secure the California Coastal Commission’s support and work with all San Diegans to ensure the successful expansion of the San Diego Convention Center,” said Carol Wallace, president and CEO, SDCCC.

However, the meeting space proposed by the Chargers would be several blocks away from the convention center. That’s a major sticking point for the SDCCC.

“Our clients, when interviewed about the proposed Chargers site, rejected a non-contiguous expansion as not meeting their needs and therefore, not viable to accomplish the goals of retaining current customers who are outgrowing the current facility and attracting those who have never been able to fit in the current facility,” said Wallace.

“Contrary to suggestions we are trying to build a ‘big box on the bay,’ the proposed expansion is an environmentally designed expansion that provides a five-acre rooftop park and public plaza that protects view corridors, enhances public access and safety, and activates an underutilized part of San Diego’s downtown waterfront,” said Wallace.

The expansion would be funded by a hotel surcharge.