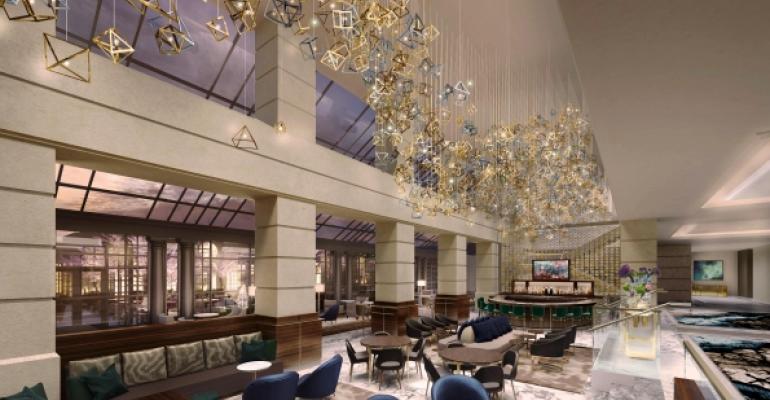 Just in time for the inauguration, the 415-room Fairmont Washington, D.C., Georgetown has finished a two-phase refurbishment designed to convey the capital city’s atmosphere of politics and power. All guest rooms now have a mix of modern and classical details, such as a chaise lounge and a flexible round table that can be used for dining or work. They also feature an upgraded high-speed Internet system and in-room media panels.

The executive forum amphitheater also has been converted into the 2,900 square-foot Kennedy Ballroom. Adjacent to the Grand Ballroom and equipped with the state-of-the-art audiovisual technology, the Kennedy Ballroom can accommodate gatherings of up to 300. Altogether, the Fairmont Washington, D.C., Georgetown offers more than 29,000 square feet of meeting space and 18 recently updated function rooms. Among them are the Colonnade Room, a central gazebo with glass-domed ceiling and 360-degree floor-to-ceiling windows overlooking the Courtyard Garden; and two boardrooms that feature natural light.

The lobby, loggia, and courtyard garden also have been refreshed. The u-shaped bar is anchored by the grand staircase and seats up to 16 people. The courtyard has been leveled to allow for larger events, offering unique pockets of seating and two new water features.