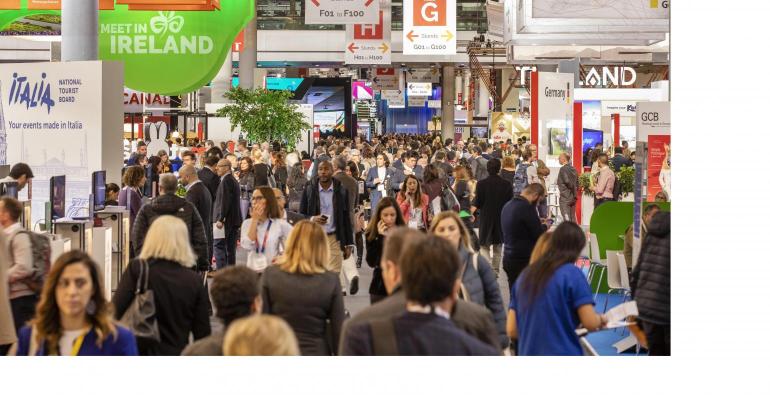 On the same day IBTM World detailed its educational agenda for the late-November show, the host facility promoted its renewable-energy production and emissions savings in ways meeting planners can use.

When events-industry show IBTM World takes place at Fira Barcelona Gran Via in Spain from November 29 to December 1, attendees will experience a refreshed format with three keynotes and five targeted tracks. In early November, the show’s planners released details of the knowledge program.

The event’s overarching theme, “Culture Creation,” addresses the critical role of in-person meetings in a post-pandemic business environment where many organizations continue to operate with dispersed workforces. Executives from two events with distinct cultures—the C2Montreal festival and Salesforce’s Dreamforce conference—are among the keynote presenters.

To further pique the interest of meeting and incentive buyers who might attend IBTM World, host venue Fira Barcelona Gran Via chose November 7—the first day of the United Nations’ COP27 climate-change conference—to publicize figures related to its massive renewable-energy project: a 1.4-million-square-foot network of rooftop solar panels that’s now two years old. For instance, the building’s 25,950 panels produce 5.86 Gigawatt hours of electricity per year, which fully powers the facility and is equivalent to the energy required to run 1 million homes for an entire day.

However, here are statistics that would likely make more of an impact with both attendees and the executives that planners report to: The energy generated by Fira Barcelona Gran Via's solar grid saves 2,200 tons of carbon emissions annually—the equivalent of burning more than 2 million pounds of coal.

Given that participant transportation and venue energy are, by far, the two biggest sources of carbon emissions for events, having such figures in hand from potential host facilities could help planners make their sustainability case to all event stakeholders. And as more hotels and convention centers adapt their power operations to produce or tap into renewable energy generation, planners should expect such data to be available from more facilities in the future.