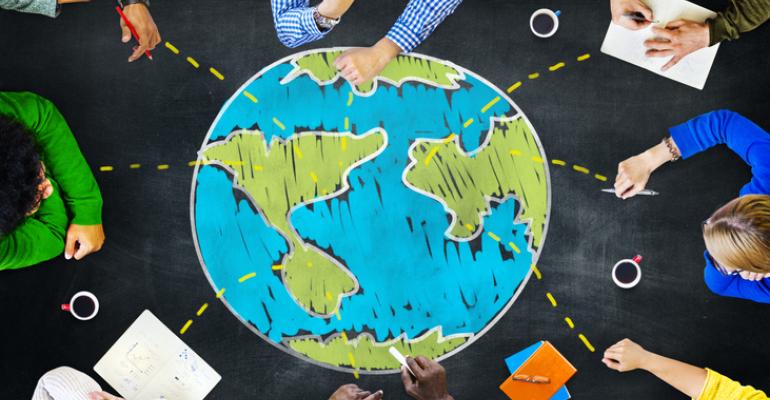 Next Steps for the Net-Zero Carbon Events Campaign

At the U.N.’s COP27 conference in mid-November, the initiative will present a roadmap for event sustainability and launch phase three, which dives into best practices in eight areas.

In less than three weeks, the Net-Zero Carbon Events campaign will bring its “Net-Zero Roadmap for the Events Industry” to COP27, the 2022 United Nations Climate Change Conference.

As of now, about 270 organizations having signed the net-zero pledge, but the strategies for successfully achieving that goal are still a work in progress.

After the campaign’s launch at COP26, organizers started on the Net-Zero Roadmap, described as providing “a framework for consistent and collaborative action to be taken by the events industry towards achieving the goal of net zero by 2050. It simultaneously provides a pathway for company progress to support signatories to the Net-Zero Carbon Events Pledge, and others who wish to follow it, as well as a framework for building industry-wide momentum across priority action areas.” The document went through a public development and comment period over the summer (a draft copy is available here) and the final version will be presented on November 11 at COP27 in Sharm El Sheikh, Egypt.

The Joint Meetings Industry Council is coordinating the campaign and, at a press event at IMEX America, James Rees, president of the JMIC, said that the number of partners financially supporting the campaign is now at 24, including event organizers, service providers, associations, convention bureaus, and venues. Those supporting it at the highest (platinum) level are Freeman, Informa (MeetingsNet’s parent company), Javits Center, Questex: RX, and UFI.

To build awareness of the roadmap and other resources, JMIC has announced a new Net-Zero Carbon Events communications campaign, which includes social media posts on Twitter, LinkedIn, Facebook, and Instagram.

In its next phase, the campaign plans to deliver best practices and guidance in eight areas, or “workstreams,” to support the goals of the roadmap: measurement, reporting, carbon offsetting, venue energy, production and waste, food and food waste, logistics, and travel and accommodations. A document describing the workstreams and how to get involved are on the Net-Zero Carbon Events resource page.