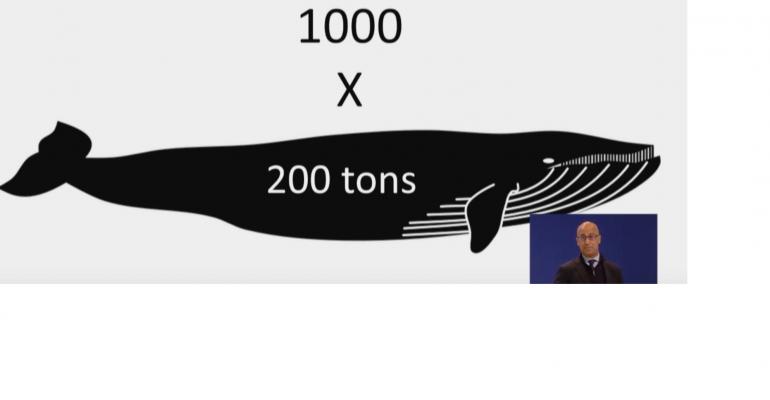 Key Planner Takeaways from a Meetings Panel at COP25

From one speaker’s shocking endorsement to IACC’s attempt to scare attendees to death, what you need to know about the role of the events industry in climate action.

If any attendees at the December United Nations Climate Change Conference COP25 in Madrid, Spain, had doubts about the significance of the meetings industry in the fight to combat the climate emergency, Mariela McIlwraith, the director of industry advancement with the Events Industry Council, dispelled it during her introduction to the lunch panel, “Bringing People Together for Climate: The Role of the Events Industry.”

McIlwraith explained that the meetings and events industry is responsible for 26 million direct and indirect jobs, $1.5 trillion in global GDP, and reaches 1.5 billion participants in 180 countries every year. She said, “To find solutions to some of the world’s biggest challenges, including the climate crisis, we need the power of face-to-face events.”

McIlwraith gave examples of meetings organizations and venues coming up with creative sustainability solutions, including the Salt Palace Convention Center, but also pointed out that the climate crisis will put meeting venues on the frontline more often during weather emergencies. An EIC member, the International Association of Venue Managers, is working on the Mega-Shelter Planning Guide for use during floods, fires, and other events causing the displacement of people.

Siddique shocked the audience by saying that the industry needs more livestreaming and on-demand events, a statement that seemed at odds with the theme of the panel. But he followed up the endorsement by emphasizing that it’s important to broaden the audience to include people who may not be able to attend but can still benefit from the content produced at face-to-face events.

Appropriately for a lunchtime panel, he made three points about what he called the “events, food and climate nexus.” First, that live events are a key intervention point to educate attendees on sustainable F&B practices, second, that food-related issues are a bigger part of the climate-solution puzzle than most people think, and lastly that venues and planners need to begin addressing food waste and other issues at the source. He said, “If food loss and waste was a country, it would be the world’s third largest emitter of carbon after China and the U.S.” Siddique also urged planners to take a look at the Environmental Protection Agency’s Food Recovery Hierarchy, and the EIC’s Sustainability Standards.

Siddique gave the audience some good news: MGM Resorts has successfully diverted over 200,000 tons of food from landfills and donated more than a million meals because of proactive food-waste management programs.

IACC’s Mark Cooper explained why climate activist Nic Balthazar, was chosen to be a keynote speaker at the IACC Europe Knowledge Festival in October 2019. “He had one purpose,” said Cooper, “To scare everyone to death and give us the harsh reality of where we are today and just how serious [climate change] is.” Cooper said that IACC’s 400 member venues are all working toward sustainable goals, including eliminating single-use plastics and disposable coffee cups, but he warned that, “Venues want to change, but they need the connection to great suppliers and information to do things differently.” To encourage change, the organization is evaluating everything, even the ingredients available to its Copper Skillet chef competition. “This year, we changed the protein options to three plant-based and two meat or fish, and the winning chef chose to use the meat-free proteins.” Cooper summed up the sustainable approach to meetings and events: This is not your parents’ meeting.