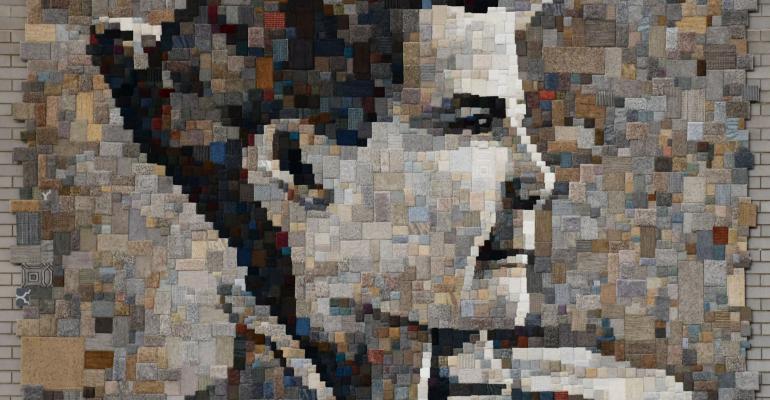 A section of "Monumental Mattie," an art installation at the Salt Palace Convention Center created from landfill-diverted carpet samples from a flooring convention
Meeting Planning Toolbox>Sustainability

This fall, Salt Lake City’s Salt Palace Convention Center installed a stunning 20-foot-tall mosaic depicting Martha “Mattie” Hughes Cannon, the first female State Senator elected in the U.S. in 1896. While Cannon’s tale is truly remarkable—she was a physician, a suffragist, and defeated her own husband to win the state senate seat—the origin of the artwork is a story in itself.

The “Monumental Mattie” mosaic, created by local artist Chad Farnes, is made out of more than 4,200 carpet samples left over from Carpet One Floor & Home and Flooring America, a trade show produced by CCA Global Partners, Inc., and which now hangs as a permanent reminder of the sustainability efforts of the Salt Palace Green Team.

Chance Thompson, senior manager, sustainability and public relations for the Salt Palace and Mountain America Exposition Center, chairs that team. Its efforts have earned the center two sustainability awards in 2018, but the mosaic, he says, provides a different sense of fulfillment. “The awards are great because they give people a sense of accomplishment and pride, but they’re not symbolic. They’re just a plaque. But this piece, when it was finished, almost brought me to tears. I thought, ‘That is the perfect representation of what we’re doing and what so many in our industry have started to adopt.’ It’s not just an environmental sustainability piece with the donated carpet samples, but it has strong social messaging about good people doing good things—the social sustainability side of our work.”

The mosaic is one outcome of the “save everything” waste-management philosophy that has been gaining strength at the Center for the past couple of years, and part of a bigger picture effort that began in 2016 to apply for ASTM/APEX event sustainability certification. The effort to earn a sustainability credential was not just the Salt Palace alone, but a group effort with sister property Mountain America Exposition Center; Visit Salt Lake, which has offices at the Salt Palace; Utah Food Services, the venues’ exclusive caterer; and PSAV, the preferred in-house AV company. “What we didn’t know at the time was that we would end up getting more APEX certifications than any destination in the world,” Thompson says.

“When we started looking at the APEX certification, we decided that our main focus would be around waste management. At the time, we had a small donation program in place with eight or nine community organizations,” Thompson says. Today, the Green Team has built a community-donation list with more than 100 contacts at nonprofits organizations—school districts, food rescue programs, theater organizations, faith-based groups, homeless shelters, and more.

The Salt Palace went from diverting 30 percent of materials from landfill in 2016 to 63 percent in 2017. “We doubled it,” Thompson says, noting that they recycled 230,000 pounds of material in 2017, 30,000 pounds of which was food rescue. “We went from collecting just some lanyards and backpacks, to 50,000 lanyards and 1,000 backpacks plus foam-core signage, carpet, wood, and metal.”  They even developed an on-site machine shop in order to reuse the metal that gets left behind from events, to rebuild the facility’s tables and chairs. Those accomplishments are what earned the Salt Palace and Mountain America Exposition Center the Innovation in Sustainability Award from the Events Industry Council, in partnership with IMEX, in May, and a 2018 Utah Green Business Award for community impact from Utah Business magazine.

About 15,000 pounds of the donated materials in 2017 came from CCA Global’s 2017 flooring convention, including the carpet pieces used to create the Mattie mosaic. “When I saw that 2,600 pounds of carpet squares were given to an artist, I must say I had no idea why or what would come of them,” says Sharon Schenk, the event planner from CCA Global. “The final product is so impressive and CCA Global is proud to have contributed the medium used to honor Martha Hughes Cannon, a local and national legend.”

Thompson says it was the APEX certification and the “save everything” approach that “opened the door to creating something like ‘Mattie,’ which carries the symbol of everything we’re trying to accomplish. And now CCA Global wants to take this story to the flooring and construction industry and say, ‘Hey, look at this. Look at what we can do with our material.’ If you can do something with carpet samples, you can do something with anything.” And, says Thompson, “The cool thing about it is, we’re just getting started.” 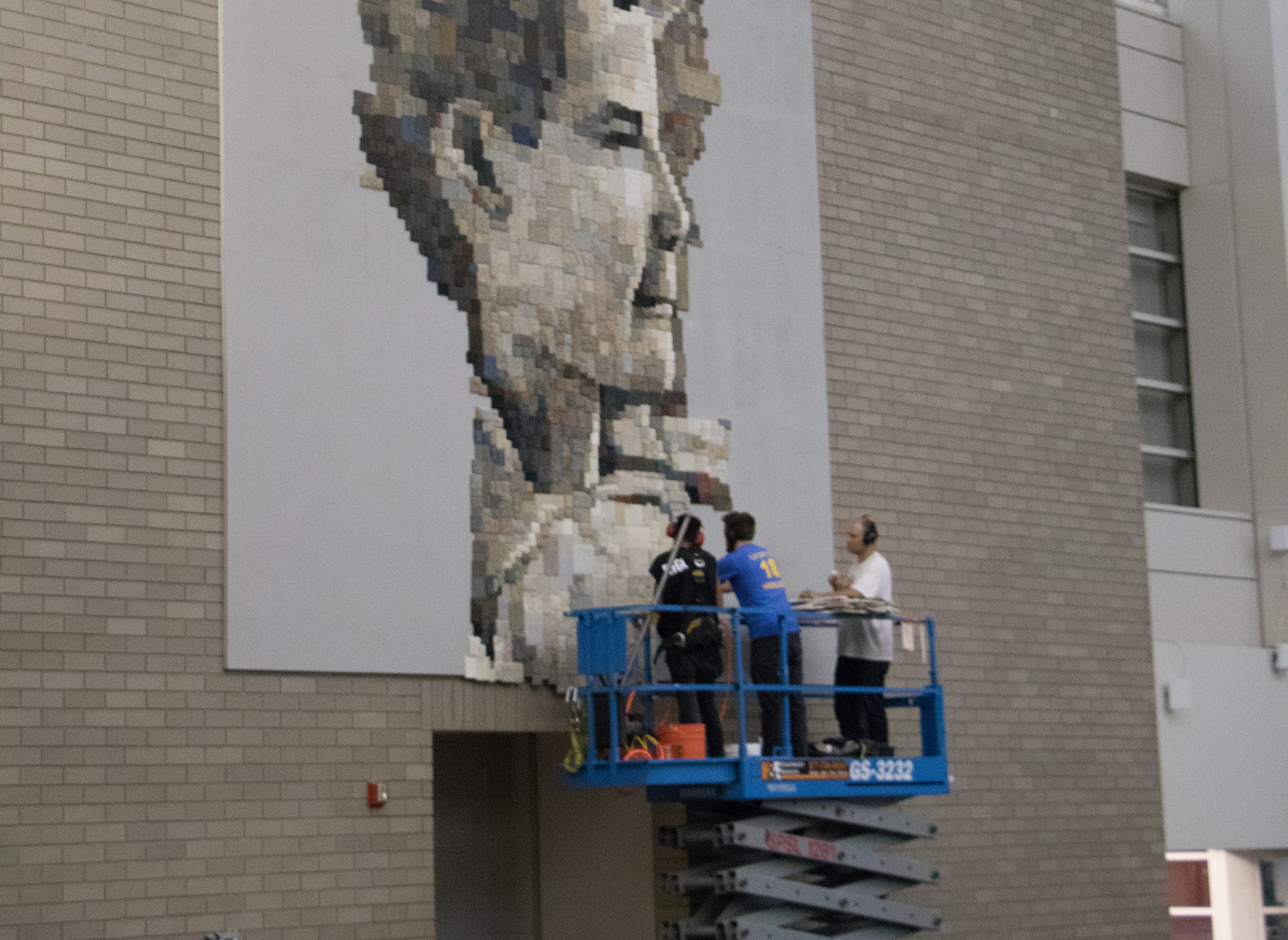