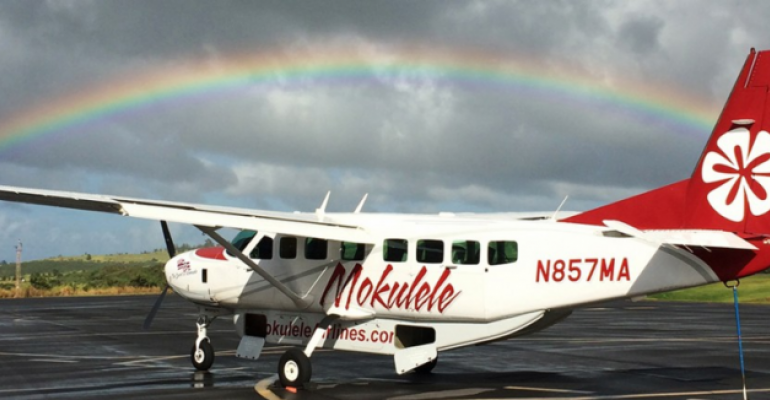 Last month, we wrote about carbon-offset practices frequent flyers can employ if they want to reduce their carbon footprints. This month comes the news that hybrid electric aircraft will be tested this fall by Mokulele Airlines in Hawaii. The airline will begin test runs with two nine-passenger hybrid commuter jets between Kahului and Hana airports in partnership with Los Angeles-based aircraft designer Ampaire. According to Brice Nzeukou, product manager for Ampaire, the hybrid electric aircraft will reduce fuel costs by between 50 and 70 percent, and maintenance costs by up to 50 percent.

The hybrid aircraft will be tested over island-hopping routes of 100 miles or shorter, and if the financial and environmental savings are as substantial as expected, new markets in the Caribbean and Bahamas are expected to be trialed next.

More information on the future of hybrid and electric commercial planes can be found in this Massachusetts Institute of Technology article.