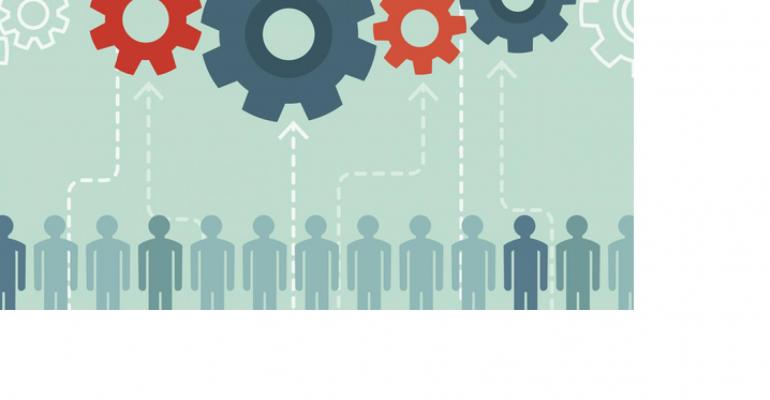 Stale Speakers? Change Them Up Via Crowdsourcing

How one association is reinvigorating its speaker lineup—and blowing up its registration and housing—by leveraging the wisdom of its membership.

Say you’ve been doing your call for speakers in the same way for ages—putting out a call and picking from whatever came in—which tends to be the usual speakers wanting to talk about the same material they talked about last year, and the year before, ad nauseum. So you try telling those speakers to come up with some new content—and they come back with the same old topics with new titles slapped on.

That’s the situation the 7,900-member Association of Proposal Management Professionals found itself in. “We knew we had to do something about it, to breathe new life into the process,” says APMP’s CEO Rick Harris (pictured).

Looking at the success of GoFundMe and other sites in the fundraising space, APMP decided to see whether it would be an equally good tool for organizing better conferences. And it was. “Instead of letting the content happen to us, we tapped into the collective intelligence of our members and gained deeper insights into what they wanted,” he says. The result? New, exciting topics and speakers that are driving registrations and hotel pickup like never before. Here’s how it worked.

1. Start with the topics, not a call for speakers. Instead of asking for speakers, who propose the topics they’d cover, APMP first went to its various committees and asked each to provide their top picks for topics. “With the usual process, we get back 35 or 40 and have to backfill,” says Harris. The committees sent in 70 topics.

2. Develop an automated crowdsourcing system. “The mechanism by which you gather the information is really important,” says Harris. “We developed an automated system members could use to pick what they wanted. We realized that it could devolve into chaos without a radio button selection, and it would cause more administrative work for us if we had to sort through mountains of paper. We built a web response page so we could download the results into Excel. That made it fairly simple.”

3. Vet the topics. As an interim step, APMP asked its membership for approval of the topics. “They said this is great, just what we were looking for.”

4. Issue a call for speakers. After vetting the topics, APMP reversed the usual order by publishing the topic list to its membership and asked who would like to address each topic. Keeping the descriptions short—no more than two-sentences—was key, says Harris, because it allowed the speakers to mold the content themselves rather than being restricted by the descriptions. Each speaker had the chance to pick three topics he or she would potentially want to speak on.

5. Winnow through the responses. Topics that only appealed to one or two speakers were downgraded, while the more popular ones rose to the top. APMP locked in those top topics and began to build its conference agenda.

What Happened
One happy result of crowdsourcing was, as expected and hoped for, an inrush of fresh speakers. Forty speakers on the roster for the 2018 conference are new to the dais. “The crowdsourcing model pulled in people like never before,” says Harris. To get the new speakers up to speed, APMP is holding speaker training calls as well as pairing newbies with experienced speakers.

He adds, “An unintended consequence of crowdsourcing was that it helped to move us away from lectures—previously, 75 percent to 90 percent of our content consisted of single speakers who would use a PowerPoint to walk through an hour’s worth of material. We knew interactivity would be a big plus, so we encouraged panel discussions and interactive workshops. Now we have only four lectures for this year’s conference. People are excited about that.”

Even the nay-sayers came around, he said. “We were really nervous about making this change, because there were many people who had been in the industry for 20-plus years who had let us know in no uncertain terms that they did not want change. But we knew as an association that we needed this change, that our event needed new life. As soon as we released it, the response was so positive … Even some of those veterans were calling to say this is a really good idea.”

The happiest result, at least so far, for the May meeting in San Diego, is what Harris calls some “scary positive numbers”: With registration only open for three weeks, it was already 43 percent sold out. “We’ve never had anything remotely close to that before,” he says. “We know it’s because we’re putting out content they’re craving, and they’re signing up fast and furious for it.” Hotel pickup already was at 50 percent, which is six to seven weeks ahead of APMP’s norm. “We’re predicting a sellout—which for us is 925 registrants—in a record amount of time.”

He adds, “We’ve breathed life into a stale process, which is exactly what we wanted to do, but we never dreamed we’d get the kind of hotel pickup that we have, and the kind of registrations we have, as early as we’re getting them.” An added bonus? “What we think we’ll see from this is a membership bump—more people feeling more included will result in more people wanting to join the association.”

“We need to see where the event goes, but from a business standpoint it’s been very good for our association. Even though our conference had continued to grow stronger each year, we knew we needed a booster rocket. This was it.”

This article, originally published in MeetingsNet in March 2018, was updated to reflect Rick Harris's title.