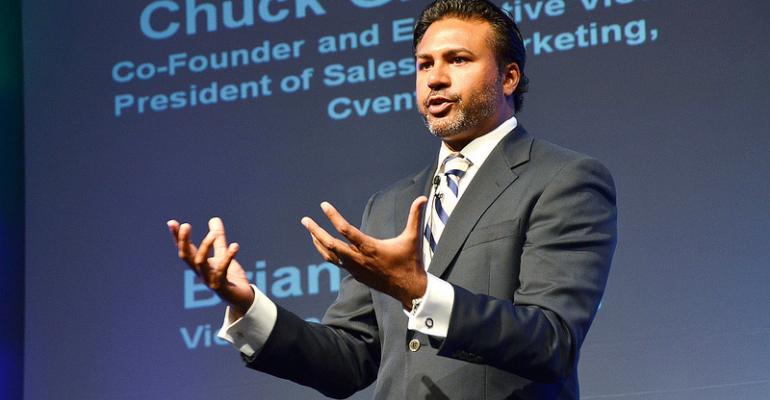 The Cvent story, the latest chapter of which was its initial public offering August 9, is a story of evolution—of the company and of the meetings industry. The company has grown from six people in the Washington, D.C., area 14 years ago to 1,300 employees worldwide today. Capital from the IPO, says Chuck Goorah, co-founder and executive vice president, sales and marketing, “will allow us to build more products, deliver more value, and do more faster.”

What the IPO Will Fund
Last year, Cvent acquired two mobile app companies and pronounced the future of meetings mobile. The real driver for this, Goorah says, came from “our customer’s customer—the attendee. We see a pivot in the marketplace. It had been meeting planners coming to us to solve their pain points. Now attendees are demanding event-specific mobile apps. They want more technology.” Money raised from the IPO will enable Cvent to go “deeper and faster on mobile apps,” he says.

The second area of growth for the company is in the international arena. Cvent opened an office in London this year, and Goorah says that with 60 percent of worldwide spending on meetings coming from outside North America, this is a large potential marketplace for Cvent’s offerings to both planners and suppliers.

Cvent also is looking to expand its technology platform that covers what it sees as the entire meeting lifecycle: sourcing, marketing, and management. “In order to have the most rounded-out platform, we need to have technology that is not just pre-meeting,” Goorah says. Accordingly, some of the capital raised by the IPO could be used for additional acquisitions. While the company prefers to build its own products, he says, “we are always on the lookout for great technology companies.”

The Evolution
Cvent first launched as an online site search and RFP system, created to address the “pain point” of hotel sourcing, Goorah says. By making RFP dissemination pain free, however, some new pain points were created in hotel sales offices as they struggled to handle the volume of RFPs coming through their systems.

Goorah says that Cvent is working to streamline the process for hoteliers as well—for example, by pre-populating standard information in responses and allowing hoteliers to focus on those aspects of the response that are unique to the potential client’s event. “Hotels are adapting, but any change takes time,” Goorah says. “We are listening as much as possible.”

But the future of hotel sourcing and RFPs clearly is online. Back in the day, you faxed your RFPs. Now, Goorah says, “you Cvent them.”

Cvent offered 5.6 million shares at $21 per share, trading on the New York Stock Exchange under the ticker CVT. See the current share price.