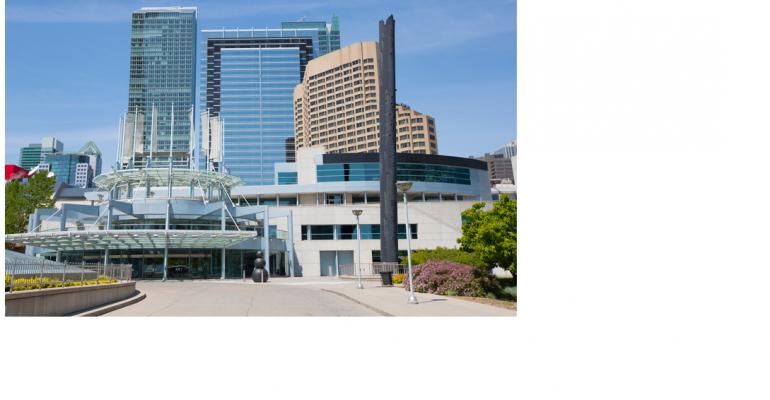 Weapons Screening Technology to Be Tested with Convention Attendees

For two weeks in late 2019, tens of thousands of convention, exhibition, and exposition attendees will unknowingly be part of a test of HEXWAVE, a system that uses radiation-free 3D radar imaging coupled with artificial intelligence software to detect and identify weapons carried under clothes or in handbags. The test will take place at Metro Toronto Convention Centre, while other HEXWAVE testing will happen at various malls, arenas, and public places across North America in the next several months.

"We believe that HEXWAVE’s ability to operate in both indoor and outdoor environments, in combination with its modular and scalable design, will help reinforce infrastructure safety while maintaining a positive customer experience,” says Bill Riker, CEO of Liberty Defense. His firm developed the product using 3D radar technology developed by MIT plus rapidly advancing "machine-learning" software that can find anomalies in image patterns based on vast amounts of data it receives

Security teams can use the technology from an elevated position to scan people on the perimeter of a property without disrupting large flows of foot traffic as they approach venue entrances. By extending the detection space and widening the perimeter, it provides security teams with more time to manage threats. “Extending the security perimeter of convention facilities is a great example of how a layered defense approach can be implemented," Riker says.

The MTCC is a desirable site for testing perimeter effectiveness in indoor and outdoor areas, as the facility connects to the 586-room InterContinental Toronto Centre hotel, the SkyWalk, Union Station rail terminal, and the city's underground PATH transit system.

For more on safety and security for events, type "risk management" into the search bar of MeetingsNet.com. Also, click here to explore the content that will be delivered at MeetingsNet's Risk360 conference in New York on November 14.

The Case for On-Site Testing Rather Than Masking
Apr 25, 2022

Philadelphia Mask Mandate Comes with a Caveat for Conventions
Apr 18, 2022