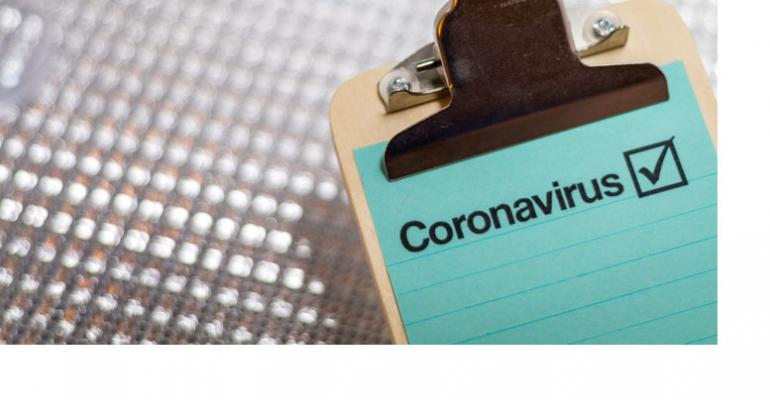 The largest corporate meeting and incentive firms in the U.S. weigh in on how the outbreak is affecting business.

In mid-February, MeetingsNet surveyed the 2019 CMI 25 companies—the 25 largest independent meeting and incentive companies focused on the U.S. corporate market—to find out how coronavirus is impacting their businesses. The 10-question survey, which all 25 companies answered, reveals that the majority are dealing with cancellations, postponements, and attrition; adjusting proposals and contracts; and considering the possibility of a bottom-line impact.
In aggregate, these 25 companies planned and executed more than 150,000 corporate meetings and incentive travel programs out of their U.S. offices in 2018.*
In all cases below, the number in parentheses is the respondent count; not all questions were applicable to all companies answering the survey.

Cancelations, Postponement, Attrition
Percentage of respondents whose clients have canceled or postponed events because of coronavirus in the following regions:
67% China (12)
74% Asia-Pacific region, outside of China (19)
10% Europe (21)
14% U.S./Canada (21)
0% South America/Latin America (17)

Percentage who have seen attrition at a U.S. meeting or incentive as a result of the temporary ban on travelers from China:
79% (19)

The survey was conducted February 14-19, prior to reports of new coronavirus hotspots in South Korea and Italy. Even so, the volume of disruption at that point was enough to put many companies on alert about the financial implications of the outbreak. More than half of respondents (52 percent) say they are “somewhat concerned” that coronavirus will impact their bottom line and 12 percent described themselves as “very concerned.” Just 36 percent are not concerned. One respondent commented on the importance of keeping the outbreak in perspective to reduce the chance of financial impacts: “It’s critical to operate based on facts and not conjecture and fear, not only to keep everyone safe but also to minimize the unnecessary economic impact of irrational decisions related to business operations.”

Interestingly, while a full three quarters of the CMI 25 companies say they are “evaluating” their legal contracts or insurance in light of the outbreak, only one company reports that it is actually making changes.

When asked about on-site changes, there are no reports of events that have adopted a no-handshake policy or enforced temperature screenings for attendees, but most (88 percent) are adding sanitizing materials for attendee use and many (63 percent) are designing awareness campaigns around preventive behaviors. A couple of companies noted that they are recommending an on-site physician or EMT. One respondent said he’d heard of companies “questioning if trip directors have been supporting programs in or with attendees from China before they are contracted.”

Venue Involvement in the Process
It seems that on-site changes are being driven largely by the independents or their clients, while, in general, venues have a less proactive approach to the outbreak. “We’ve seen an increasing number of participants reach out for reassurance and information, but not any venues,” wrote one respondent.

*Note: While companies are selected for the CMI 25 based on their volume of corporate meetings and incentive programs, for this survey, companies were asked about business in general, which in some cases would include meetings and events for associations and other kinds of organizations.