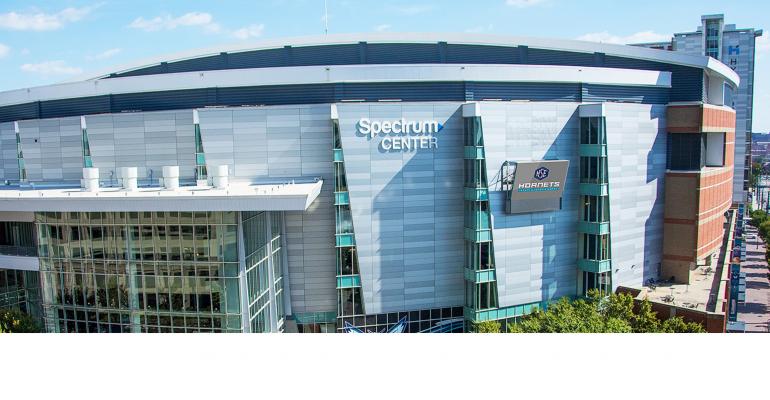 Social Distancing Dilemma: Capacity vs. COVID Safety at the RNC

The Trump Administration’s threat to pull the Republican National Convention out of Charlotte, N.C., raises questions for planners everywhere.

The Republican National Convention, planned for Charlotte, N.C., has become a political hot potato with President Trump demanding a guarantee that the city’s 20,000-seat Spectrum Center not restrict the number of attendees in the venue during the August 24 to 27 event. Republicans are expecting a total of 50,000 attendees, including press and delegates, making social distancing practices unlikely to impossible.

North Carolina has not been hit as hard as some states, with approximately 23,000 cases and 780 deaths as a result of the pandemic. However, while it has moved into phase two of its reopening plan, COVID-19 hospitalizations have been on the rise since May 16, a week after phase one of its reopening began. North Carolina’s “Staying Ahead of the Curve” government website notes that “the continued increases in daily case counts signals a need to take a more modest step forward in phase two than originally envisioned.” In phase two, large venues are permitted to open, but only for events being broadcast to the public, not spectators; a 10-person limit on gatherings in indoor spaces remains. Phase three of North Carolina’s reopening, which will allow for increased capacity at venues, is expected “at least four to six weeks after phase two,” based on health trends.

“We have a contract with the RNC to host this convention, but we also have a commitment to our community that we will keep them safe and well,” says Charlotte Mayor Vi Lyles, speaking about the conflict with MSNBC’s Ali Velshi. The city of Charlotte and Mecklenburg County issued a statement in reaction to President Trump’s demands, saying, “We are in constant communication with our local and federal counterparts to plan and prepare for a safe Republican National Convention. The City of Charlotte, Mecklenburg County, and other local stakeholders will continue to plan for the RNC while respecting national and state guidance regarding the pandemic. We are working with stakeholders to develop guidelines for several large events planned for Charlotte in the coming months including the RNC and anticipate providing that guidance in June.”

While most meeting professionals will never find themselves navigating such a political quandary (the mayor of Jacksonville, Fla., and the governor of Georgia have already offered to host the RNC), the unpredictable path ahead for meetings in the COVID-19 era may be marked by difficult decisions about the health security of attendees and the planning team. How much risk is acceptable?  What should be including in a written COVID-19 safety policy? What happens if meeting sponsors or clients want to push safe attendance limits? Are meeting organizers expected to police sponsors or clients who don’t model and support safe practices?  How will planners meet their duty of care if government guidance isn’t followed? How can meeting and event professionals accurately assess the changing risks from destination to destination from month to month?

Risk management has always been a responsibility for meeting professionals, but coronavirus adds a critical layer. As Mayor Lyles said, “Our community thought that we'd be talking about protests and security and keeping people safe that way. And here we are fighting the unknown, COVID-19, and so we have to win that fight first.”