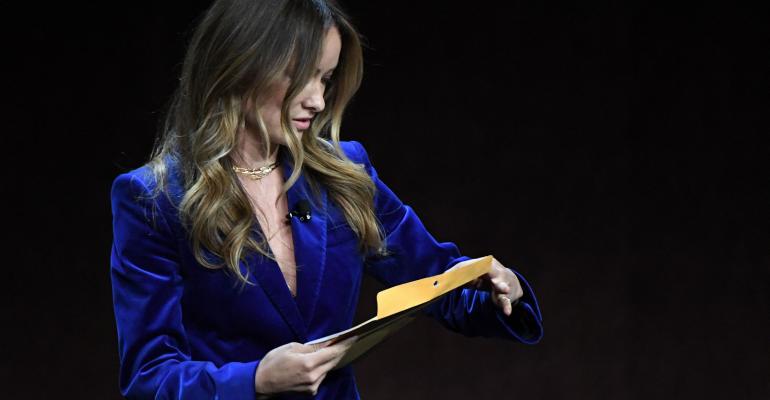 An on-stage incident involving a presenter and attendee raises the question: Can organizers account for every possibility when creating an event’s risk-management plan?

CinemaCon 2022, the annual convention and trade show of the National Association of Theatre Owners, drew about 6,000 members to Caesars Palace from April 25 to 28 to preview Hollywood’s upcoming releases and to talk shop with producers, directors, actors, marketing and advertising executives, equipment and technology suppliers, and each other.

However, the overwhelming focus of media attention around the show came from an incident that happened on April 26, when actress and director Olivia Wilde was the featured speaker in a main session about her latest film.

After the session ended, the details of that interaction came out: Wilde had been served child-custody documents. However, the interloper was not an event-crasher who committed illegal trespassing. A reporter for entertainment website Vulture reported via Twitter that a “well-placed source” at CinemaCon claimed that the person “had all the right credentials in place, including the I.D. lanyard and Covid vax bracelet” that attendees must wear.

In light of this, the association’s leadership moved quickly to revise its risk-management plan for the remainder of the show. “Never in the history of the event” had a star been unexpectedly approached while on stage, said Mitch Neuhauser, managing director National Association of Theatre Owners and head of CinemaCon, later that day.

"To protect the integrity of our studio partners and the talent, we will reevaluate our security protocols,” he added. “We will act accordingly because it's the right thing to do. We want to do the safe, proper thing." This resulted in security personnel being stationed at the front of the stage for each session featuring an actor, director, or producer.

It also resulted in a risk-scenario lesson for planners across the entire meetings and events industry.