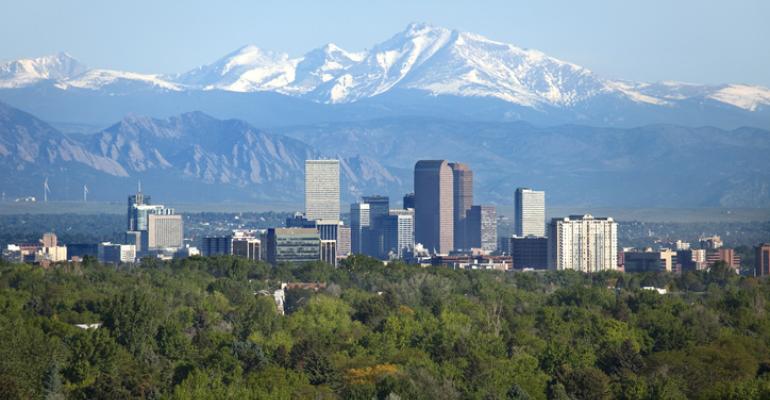 This is how meeting planners prefer the snow in their event destination.
Global Events Planning>Risk Management

On Wednesday, March 13, nearly 70 percent of flights to and from Denver International Airport—about 1,400 in total—were canceled due to a "bomb cyclone" that delivered eight inches of snow and 80 mile-per-hour winds, causing a zero-visibility situation for several hours. In fact, hundreds of stranded motorists had to be rescued throughout the day from Interstate 25 between Denver and Colorado Springs. The storm finally cleared out of Denver late Thursday morning.

For Denver's meetings and hospitality industry, the timing of the storm was serendipitous. The largest business meeting in town at the time was the 500-attendee Society of Women Engineers conference, headquartered at the Renaissance Denver Stapleton Hotel. However, at the city's Colorado Convention Center, there actually was a 57,000-person group in the building—the Front Range Volleyball Club, a drive-in group using more than 20 hotels across a nine-day tournament that started on March 9. There was minimal difficulty with attendees getting to and from the event.

To maintain the financial health of convention centers and nearby hotels, cities usually agree to contract terms that are favorable to local and regional groups that are willing to fill off-season dates. So, next time you're grumbling about the cost of an event in a city during its good-weather months, keep in mind that those local and regional groups help keep the venues afloat the rest of the year.

Another Strike Against Conference Scammers
Jun 30, 2020